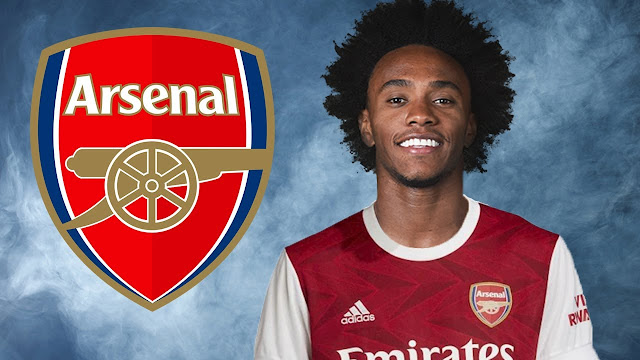 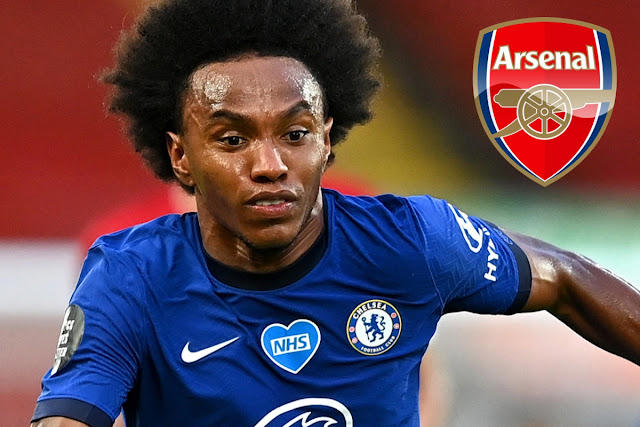 The report also claims that Manchester United and Manchester City made a late approach to Willian’s representatives, but the Brazil international has decided to join Arsenal because they are willing to offer a three-year contract.
After missing Chelsea’s FA Cup final defeat to Arsenal at the weekend due to an Achilles injury, Willian was aiming to be fit for his side’s Champions League clash against Bayern Munich this Saturday.
But ESPN Brasil reports that the winger will not feature for Frank Lampard’s side as he looks to secure his departure from Stamford Bridge. 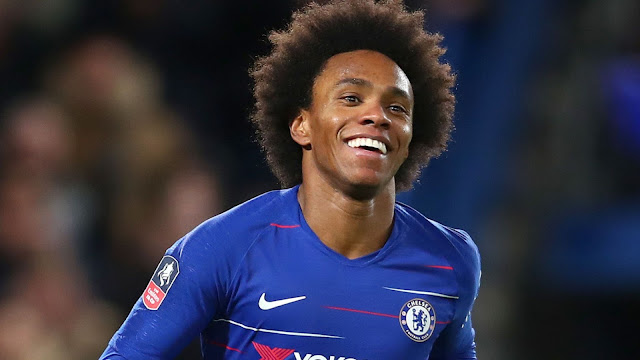 Meanwhile, The Athletic report on The Ornstein & Chapman Podcast that Arsenal’s offer is not financially better than the one he has received from Inter Miami but Willian is keen to join the Gunners because of Mikel Arteta and Edu, the club’s technical director.
It’s claimed that Arteta has been leading Arsenal’s push to sign Willian as he is keen for the Brazil international to add experience to his squad.
Meanwhile, Lampard wanted Chelsea to keep Willian at Stamford Bridge following his excellent season.
‘He’s been a great servant for Chelsea and he’s been brilliant for me this season with his input and work ethic but if he decides to move on then we obviously will move on as well,’ Lampard said after Chelsea defeat to Arsenal at Wembley on Saturday.
‘I know the situation from the club’s end so it’s his choice and I respect that.’
ByOrizu KelechiPosted in04 August Post a Comment
Share
Labels#Sport Updates
Newer
Older