Man Utd have just over two days left if they are to sign Borussia Dortmund winger Jadon Sancho in the summer transfer window. 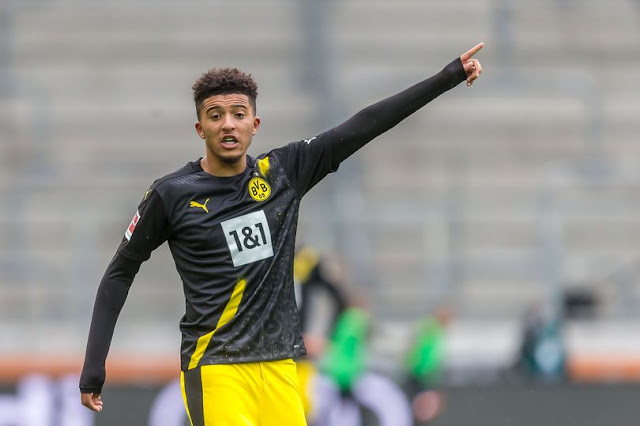 There are just two days to go in the summer transfer window and Manchester United have still only signed one new player at first-team level.

As television presenters retrieve their yellow ties from the back of the wardrobe, it is United who must also dust the cobwebs off their chequebook ahead of transfer deadline day on Monday.

From the start of the window United made it clear it would not be business as usual, and Ed Woodward used his programme notes for the first game of the new season to reiterate the tricky transfer climate we are currently in. The following defeat to Crystal Palace only amplified the need for new signings.

Even with mitigation there can be no escaping the possible transfer disaster that is on the horizon at Old Trafford. Ole Gunnar Solskjaer knows he is the one who will ultimately pay the price if the board fail to back him adequately this summer.

David Moyes, Louis van Gaal and Jose Mourinho were all dismissed for a failure to secure Champions League football at United and Solskjaer knows his task of a top-four finish this season will be a minor miracle if Donny van de Beek remains the sole signing after Monday's deadline.

Pressure on United has been further amplified by their open pursuit of Jadon Sancho and the 20-year-old remains the 'priority target' ahead of deadline day. However, any late move for him also brings with it a dilemma, and it is one which could set an unwanted precedent in years to come.

Dortmund officials remain adamant the England international won't be leaving this summer and, although Sancho is keen on a move to Old Trafford, it isn't going to happen unless a compromise is met in the next 48 hours.

United don't want to meet Dortmund's €120m valuation of the right winger and are effectively trying to panic the German club by leaving it so late in the summer transfer window. For a deal to take place at this stage United would either need to offer close to his transfer valuation up front or the selling club would need to have a change of heart and cave in. Both seem increasingly unlikely.

Many supporters would argue Sancho is worth the €120m upfront fee considering he perfectly encapsulates the club's entire transfer ethos, but any deal at this stage would send a clear message about United's poor recruitment to rest of the football world.

They are effectively in a lose-lose situation in that they will either miss out on Sancho entirely or pay a sum they were quoted months ago, giving a huge advantage to any selling club in years to come by caving in to their initial demands.

United are already unfairly treated in the transfer window by their enormous stature, which means any well run club will ramp up asking prices when negotiations are under way because they know they have the funds to pay. However, as shown in the Sancho pursuit, there comes a point when even the richest clubs must stick to their principles and not overpay.

A deal to sign Sancho before deadline day would transform the mood around Old Trafford and could very well decide the long-term future of Solskjaer at club.

Yet they are well aware that caving in to Dortmund's demands at this stage of the window would only further weaken their position in a transfer window which has already left them behind.