Tottenham manager Jose Mourinho has given his verdict on his former side M2an United ahead of the Premier League clash at Old Trafford.

Jose Mourinho believes it is only a matter of time before Manchester United start winning trophies again. 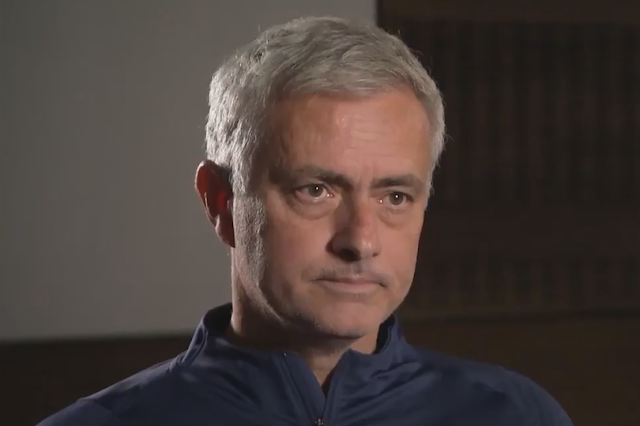 Mourinho - now manager of United's Premier League rivals Tottenham - is the last manager to have won a trophy in charge of Unitred, guiding them to the Europa League crown in 2017. Mourinho also lifted the League Cup during his spell in the Old Trafford dugout.

The Portuguese returns to his former club on Sunday as United host Tottenham, with Ole Gunnar Solskjaer's men searching for their second successive win after a narrow victory against Brighton.

Mourinho believes United are heading in the right direction under the man who replaced him.

"It is a team that is improving year after year," he told Sky Sports."The younger players are now older, they have more experience now. The players they have bought are players of quality.

"Many of my players, important players for me in my time at United, they are not any more important.

"They have changed their team. Players that worked with me, some of them are not even now selected or they are on the bench so that is a great evolution in the team.

"They have this ambition and this responsibility of winning titles which they haven't done for quite a long time. The last one was the Europa League so they have this motivation, this potential and they are a very good side.

Solskjaer helped United reach the semi-finals of the Carabao Cup, FA Cup and Europa League last season and Mourinho believes it won't be long before United are lifting titles again.

He highlighted younger players he managed during his time in Manchester are now maturing into key players.

Mourinho added: "The younger people are getting older, are getting more experience. Young (Marcus) Rashford is still young but he is not a kid anymore. He is a mature player just to give you an example.

"They want to do it and of course in the Premier League nothing is easy for any one but they have the historical responsibility of doing it."