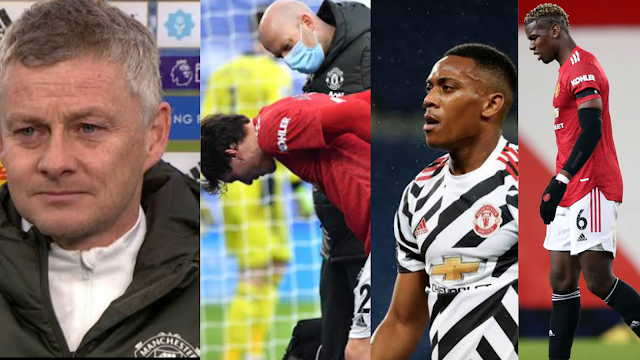 “I’d believe at least Victor should be fine,” the manager said, as quoted by Simon Peach of Press Association.

“He was on the bench. He was still feeling the effects of his back but hopefully he’ll be OK. Martial maybe. I probably wouldn’t see Paul being ready, no.”

Manchester United take on rivals City in a top-of-the-table clash at the Etihad Stadium.

Unfortunately, a title race looks out of reach with Pep Guardiola on course to win his third Premier League title.

United should be in a more comfortable position in second place – but recent results have shown a dip in form.

The lads are up against it this weekend facing the best side in the league.

The margins are big, although Solskjaer was blunt when asked about the differences between United and City.

They coast past teams most weeks whereas we’ve recently struggled against teams in the relegation zone.

It’s hard to expect your team to mount a title challenge in the near future when it is dropping points against Sheffield United, West Brom and Crystal Palace.

There will be no room for excuses come the end of the season after being in such a strong position after Christmas when there was premature talk of a title challenge.