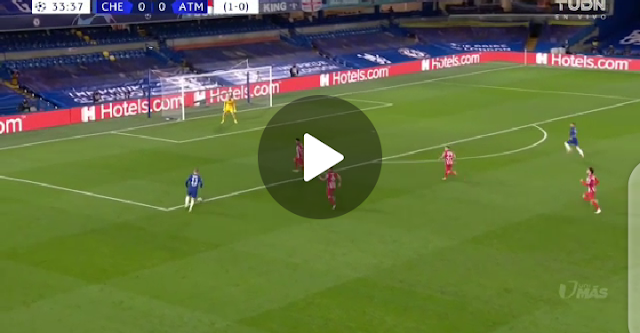 In what is shaping up to be a hugely tense battle at the Bridge, Chelsea, who lead 1-0 on aggregate, will be thanking their lucky stars tonight’s opponents, Atletico Madrid, have not bagged an early equaliser.

However, as Diego Simeone’s men look to get off to a quick start in an attempt to overturn the deficit, the Blues have been fortunate not to give away a penalty inside the game’s opening 30-minutes.

Huge moment for Chelsea as Werner and Ziyech show their class to combine for the opener vs Atletico.

Chelsea absolutely have the pace to take Diego Simeone’s men on the counter attack, but sometimes it can be tough to coax them forward.

That’s different tonight as the Spanish giants need to chase the game, and Timo Werner will take some confidence from this as he roasts the defence with his pace and puts the ball on a plate for Ziyech to score:

The finish might be a little bit scrappy and Oblak needs to be doing better, but that’s a huge moment for two players who have their critics so hopefully they can kick on from here.