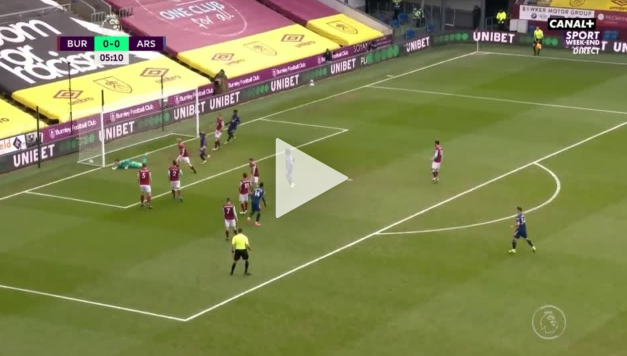 In the fifth minute of this afternoon’s game-week opening Premier League tie between Burnley and Arsenal, the Gunners won the ball back and Thomas Partey sparked a counter-attacking opportunity.

Partey quickly drilled the ball into Willian, the fellow summer signing charged into the final third before shifting the ball out wide to Pierre-Emerick Aubameyang.

Aubameyang composed himself as he faced up Matt Lowton, with Arsenal’s captain smoothly duping the right-back and England international James Tarkowski with a pair of silky stepovers.

That opened the space for Aubameyang to fire a low shot at the near post corner, Nick Pope got a hand to the ball but couldn’t keep it out in a rare blunder from the quality stopper.

An early lead marks the perfect start for the Gunners against a side that they’ve had real trouble against in recent years.