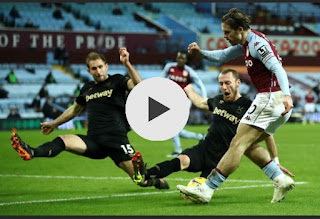 Manchester United reportedly look to be in pole position to clinch the transfer of Aston Villa star Jack Grealish as Manchester City have pulled out of the deal.

This is according to a report from Todo Fichajes, who claim that the England international is a top target for Man Utd, who hope to land him for around £68million or perhaps even a bit less.

The Red Devils could do with adding a quality attacking midfielder to their squad this summer, and it’ll certainly be easier for them to do so if City aren’t also competing for Grealish.

United beat Man City in the Manchester Derby yesterday, showing their potential as title contenders, even if they’ve surely fallen too far behind their rivals to catch up with them this season.

A signing like Grealish could make all the difference for United next year, though, so fans will no doubt hope the club can pull this move off.

Jack Grealish continues to be targeted by Manchester United

Grealish seems far too good to stay at Villa for much longer as he has clearly demonstrated he’s one of the top players in Europe in his position.

“My heart sank because I thought ‘how do I do that? I ran into the kitchen and I thought ‘I am not going to poison this guy’, so I rang my wife.” – Man Utd legend describes his major panic about making a cup of tea for the first time…at the age of 37.