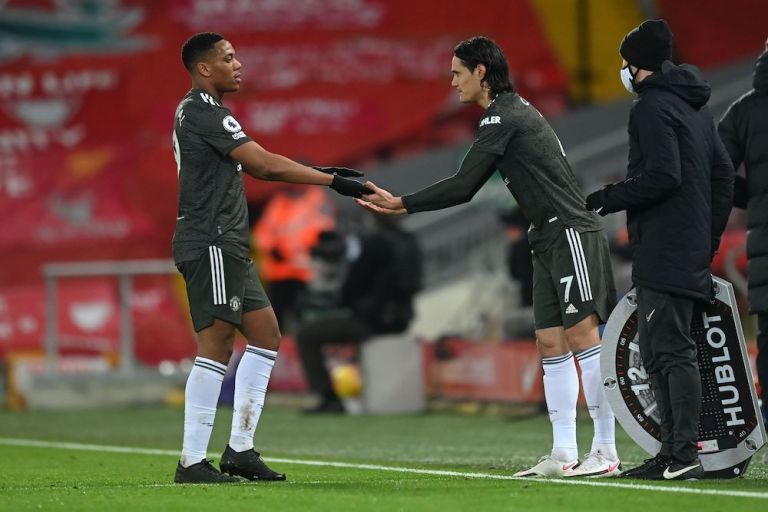 Martial has long been something of a fan-favourite at Old Trafford after initially making such a strong start to his Man Utd career, but he’s not really lived up to the potential seen in him as a youngster.

Souness is losing patience with Martial, slamming the Frenchman as a player Ole Gunnar Solskjaer can’t rely on, and saying his time at the club should now be up.

“Anthony Martial has had his chance at United now. The bottom line is you can’t trust him, you don’t know what you’re getting from him and at a big club like United you cannot have that with your No 9,” Souness wrote in the Times.

“I said at the start of the season that Ole Gunnar Solskjaer had to find a way of keeping him on his toes. He finished well last season, but they cannot rely on him.

“At United, you have to be at it every week, not picking games or moments in games when you fancy it. You’re not describing a big player if you say that.”

This is typically blunt and brutal from Souness, but one imagines there will be a growing number of United fans who agree with his take on this.

“My heart sank because I thought ‘how do I do that? I ran into the kitchen and I thought ‘I am not going to poison this guy’, so I rang my wife.” – Man Utd legend describes his major panic about making a cup of tea for the first time…at the age of 37. Click here to find out more.

Despite some flashes of brilliant form last season, Martial has let the Red Devils down this term when at one point it looked like a genuine title challenge could be on the cards.

A lack of goals and spark up front, with Martial among the worst performers, means that is now surely no longer the case, and it would make sense for Solskjaer to make some changes in that department this summer.