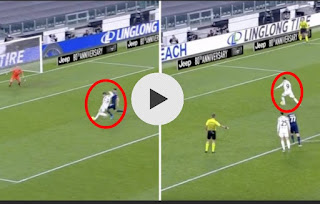 Alvaro Morata has stepped up for Juventus just as they needed them, securing a victory over Lazio which will keep them in the title race.

Juve could ill afford to drop points today unless they wanted to see the gap between themselves and the two Milan clubs grow any further. After Lazio took the lead with the opening goal of the evening, Andrea Pirlo must have been fearing the worst.

Thankfully for the legendary midfielder, who has endured a rough debut campaign as Juventus manager, a goal from midfielder Adrien Rabiot and a brace for ex-Chelsea striker Alvaro Morata, who is on-loan from Atletico Madrid, have put them in the ascendency and on course to victory.

Morata netted an emphatic left-footed finish on the break to give Juventus the lead, before taking responsibility from the penalty spot just a few minutes later to put the champions out of sight. They’re still in the fight for the Scudetto.