Watch Video: Fred at the forefront as Manchester giants combine to show how not to play football with hilariously dismal passage of play 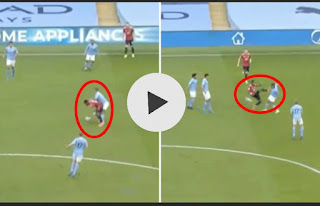 The Manchester derby, two of the world’s most expensive squads going toe-to-toe. Even in a fixture as esteemed as this, football can still be ugly.

Manchester United have been heavily criticised for the 0-0 draws they’ve played a part in during the big games this term, the most recent of which came against fellow Champions League qualification competitors Chelsea at Stamford Bridge.