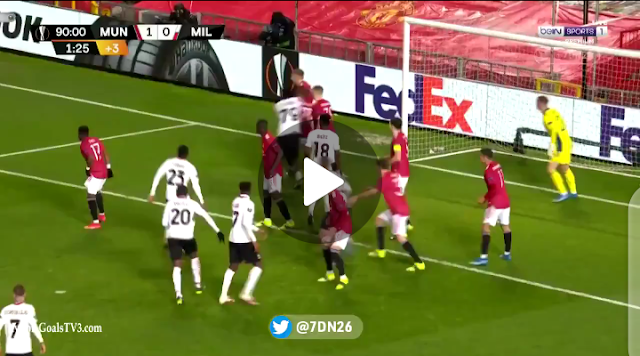 In the 91st minute of tonight’s Europa League knockout tie between Manchester United and AC Milan, the Red Devils were hit with a late equaliser through an unfortunate individual error.

Rade Krunic whipped in a corner from the left flank, then Simon Kjaer punished the Red Devils for stacking the six-yard box as he drifted towards the near post and steered a header towards goal.

The centre-back’s effort was right at Dean Henderson, but the United academy graduate’s decision to try and tip the ball over the bar ended up turning it into the back of the net.

Ole Gunnar Solskjaer has already been under pressure in regards to the goalkeeping situation after the club decided to pay well above the odds for David de Gea, who has underperformed in recent years.

This is the last thing that Henderson would’ve wanted just as he’s become a starter whilst De Gea is away in Spain with his newborn baby.

Henderson now has to rally back from the rare mistake, it’s a real unfortunate moment for the 23-year-old, though learning from this error will undoubtedly make him a better player in the long-term.