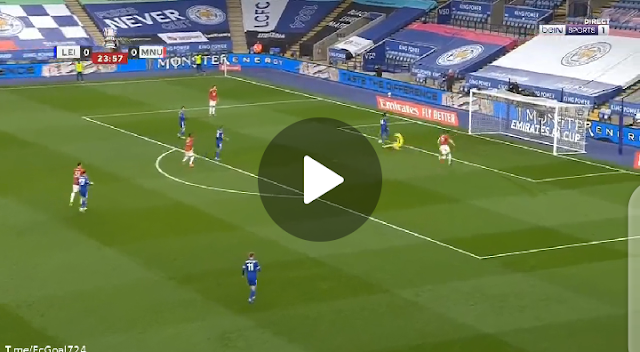 Brazilian midfielder, while under pressure from Leicester City’s relentless pressing, played a hospital ball back to goalkeeper Dean Henderson who was unable to cover for his team-mate’s mistake.

Gifted the opportunity, striker Kelchi Iheanacho skipped past Henderson before slotting the ball home to give his side an early lead.

Ole Gunnar Solskjaer’s men have it all to do if they’re to progress into the competition’s last four.