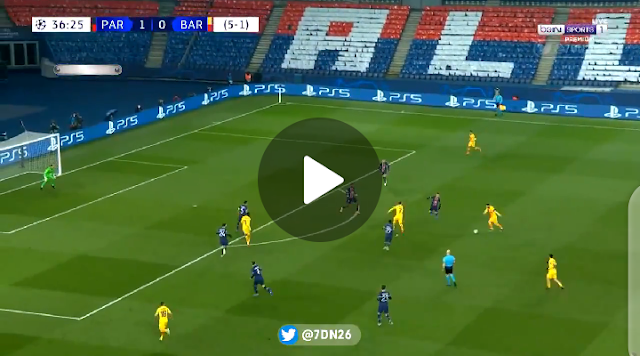 Barca have had a lot of good possession tonight but they couldn’t quite find a way through, so it’s no surprise that they’ve had to resort to an old plan – just give Messi the ball.

It’s still a long way back for Barca as they need three more on the night to force extra time, but they have a foothold now after an absolute screamer from Messi:

It’s hit so powerfully that Navas can’t really figure out what’s going on until the ball smacks the net, and it looks like it could be game on.

There was absolutely no chance that another Remontada would happen tonight, but things could be very different if Lionel Messi converted a penalty on the stroke of half time.

It would’ve made it 2-1 going into the half and the game would’ve been beautifully poised, but Keylor Navas has just produced an outstanding save to deny Messi: