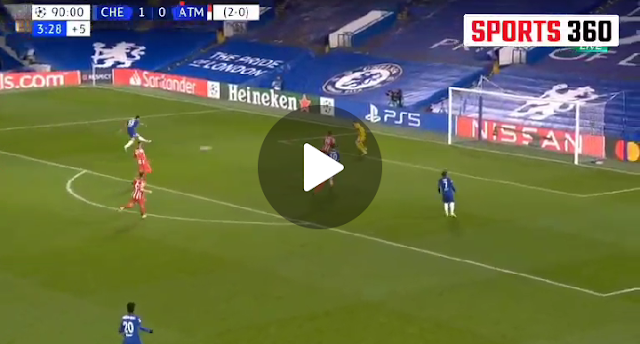 Atletico knocked Liverpool out of the competition in dramatic fashion at the same stage last term, but the La Liga leaders rarely looked capable of recovering after Ziyech's goal.

Instead Chelsea, who remain unbeaten in 13 games since Thomas Tuchel took charge, had opportunities to extend their lead before Emerson's stoppage-time effort and deservedly progressed against an Atletico side that had Stefan Savic sent off late on for elbowing Antonio Rudiger.

The Blues join fellow English clubs Liverpool and Manchester City in the draw for the quarter and semi-finals on Friday at 11:00 GMT.