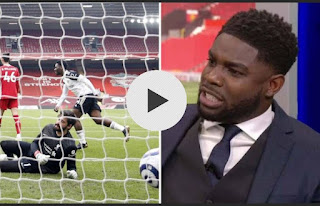 Any Liverpool fans who tuned into Sky Sports’ coverage of their clash with Fulham this afternoon could have related to what Micah Richards said at the half-time break.

Jurgen Klopp may well oversee an incredible turnaround with the champions in the final few months of the season and finish on a high, but even then, this remarkable mid-season collapse will still be pretty inexplicable.

Liverpool were the team to beat in Europe last campaign, their consistency was utterly remarkable. Yet, in recent weeks, they have looked highly beatable, losing five consecutive league games at Anfield.

Micah Richards, who has been a prominent figure during Sky Sports’ coverage of the Premier League this campaign, can hardly believe what he’s watching on Merseyside this afternoon.

Here’s what the former Manchester City and England defender had to say on the current, miserable situation with the reigning champions of England – which defies belief, and description…