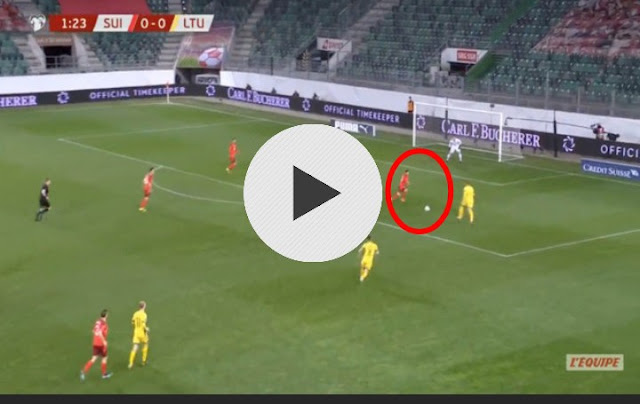 With less than just 90 seconds played in this evening’s World Cup qualifier between Switzerland and Lithuania, the Rossocrociati took the lead as they capitalised on a mistake from their opponents.

Some reckless passing around the back led to the ball being snatched by Breel Embolo, with the forward slipping it straight through to Xherdan Shaqiri.

The Liverpool man looked ice-cold as he drilled the ball into the bottom corner with a wonderful first-time finish.

Jurgen Klopp and the Liverpool fanbase will be delighted to see another solid international display for the attacking midfielder, who plays a rotational role for the Reds.