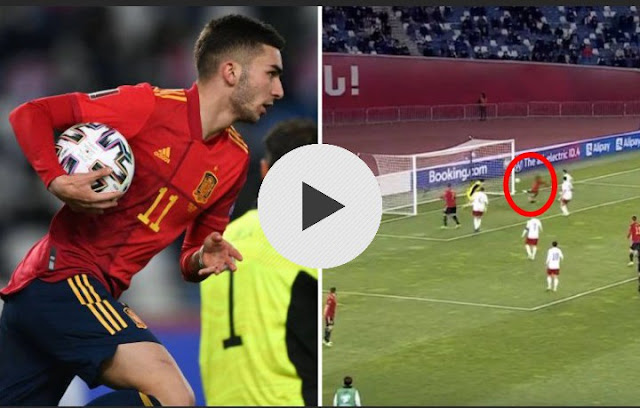 It was a Manchester City defensive prospect, Pedro Porro, who was caught out of position when Georgia found the back of the net at the tail end of the first-half.

With Pep Guardiola being both a Spaniard and Manchester City manager, that will have come as a double-blow for him.

However, in what’ll make him feel a lot better about the situation, it’s a Man City man who’s popped up with the equaliser.

Torres, who missed a golden chance in the first-half after failing to control a brilliant pass from Barcelona’s Pedri, has atoned for his error by finding the next in the 56th minute of the contest.

Torres came flying in at the back post to convert a sumptuous delivery from Jordi Alba, with Spain now having the momentum heading into the closing stages of the game.