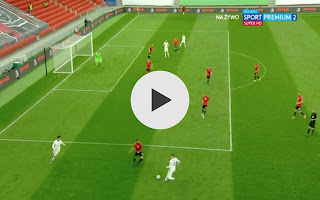 In the 37th minute of today’s World Cup qualifier between Albania and England, Chelsea star Mason Mount kept an attack alive by expertly controlling the ball, which knocked it into Raheem Sterling.

Sterling played it back to Mount, who was charging into the left side of the box, with the creative midfielder soon laying the ball off to Luke Shaw.

Shaw showcased his quality on his return to the England squad with a pinpoint first-time cross floated into the box, the Man United man’s delivery was headed into the bottom corner by Harry Kane.

Taking the lead just before halftime certainly eases the pressure on the Three Lions, with the side looking as though they weren’t really at the races in a heavily favourable fixture until this point.