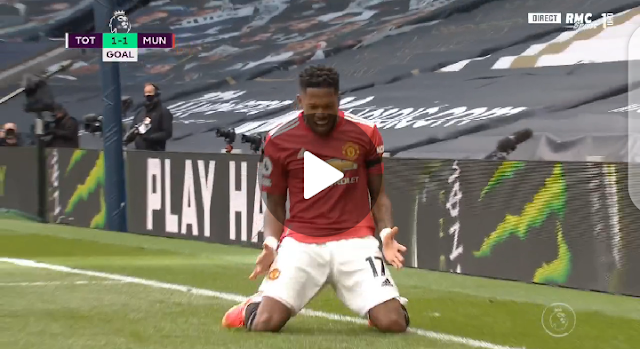 Fred nets a world-class stunner to equalise [1-1] against Tottenham.

Manchester United had a goal disallowed in the first-half of their clash with Tottenham, and it’s safe to say that fans on Twitter are not happy about it.

After a cute pass from Paul Pogba and a trademark finish from Edinson Cavani, Manchester United fans would have been up on their feet in their living rooms celebrating what they thought was the opening goal.

However, following a VAR review, during which the referee was advised to go to the monitor, the goal was chalked off, with Scott McTominay being adjudged to have hit Heung-min Son in the face in the buildup.

While it was clearly intention from the Scotsman, it did send Son to the turf, preventing any possibility of him making a challenge and stopping the ball’s progression.

Though, it was hardly stonewall, with many Man United fans on Twitter convinced that the officials have got this one wrong. They’re absolutely furious.