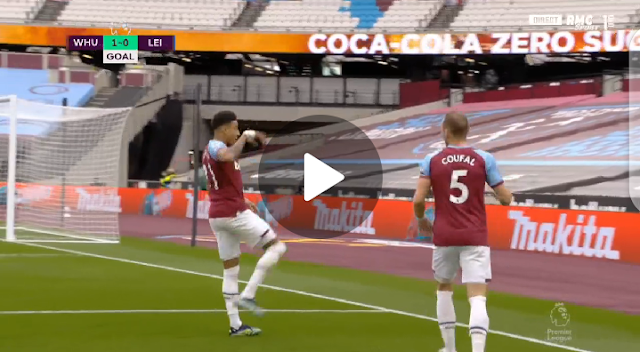 West Ham kept their top-four hopes alive with an entertaining 3-2 away victory at Wolverhampton Wanderers on Monday evening.

A stunning solo goal from Jesse Lingard, followed by strikes from Pablo Fornals and Jarrod Bowen, saw the Hammers race into a three-goal lead after just 38 minutes;

Wolves fought back with two goals either side of half time, but David Moyes's men held on to claim all three points at Molineux.

That victory moved West Ham above London rivals Chelsea into fourth place, one point clear of Thomas Tuchel's side with eight matches left to play.

Only Manchester City, Manchester United and this weekend's opponents Leicester have won more Premier League games than the Hammers so far this campaign, and Moyes has insisted that their top-four challenge is "not a fluke".

Heading into this weekend's intriguing encounter, West Ham have the second-best home record in the Premier League this season, accumulating 28 points from 15 matches at the London Stadium.

Meanwhile, Leicester have the second-best away record so far this term, claiming 34 points on the road.