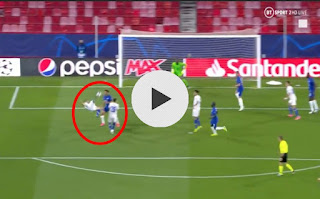 In the 92nd minute of this evening’s Champions League knockout tie between Chelsea and Porto, the Dragons produced a moment of magic that unfortunately came too late for them to mount a comeback…

Substitutes were to combine as the ball was played into Nanu on the right-wing, the ace composed himself and floated a ball into the box, where fellow replacement Mehdi Taremi did something magical.

Taremi rifled the ball straight into the top corner with a remarkable overhead kick that left marker Reece James and Blues stopper Edouard Mendy with no chance of stopping the strike.