Manchester United have reportedly got the ball rolling on a transfer deal for Atletico Madrid right-back Kieran Trippier. 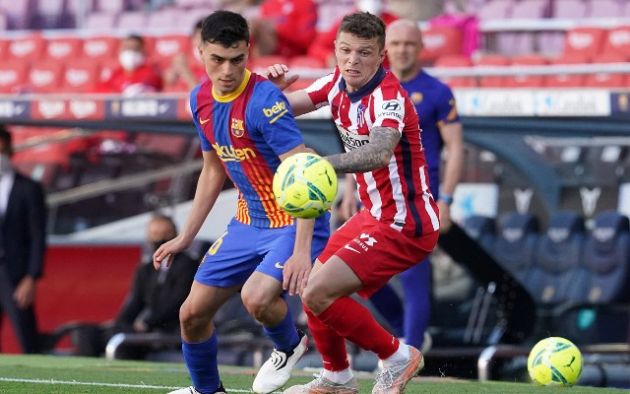 According to the Manchester Evening News, Trippier also seems to be preparing for life at Old Trafford next season.

The report mentions that the England International has switched back to a UK mobile phone number after two years in Spain, while his wife is also getting close to the partners of Man Utd duo Harry Maguire and Luke Shaw.

It will be interesting to see how Trippier fits in at United if he does join, with Aaron Wan-Bissaka surely unlikely to give up on his place in the first-team too easily.

The former Crystal Palace man has been a solid and reliable performer for Ole Gunnar Solskjaer’s side for some time now, though there have been some concerns that he doesn’t offer enough going forward.

Trippier is a different style of player in that position and could be a useful option to help turn United into a more potent attacking force next season.

The former Tottenham man shone in the Premier League earlier in his career and has also proven a hit in his time with Atletico Madrid, playing a key role in their La Liga title success last season.