It will become the defining moment of the European Championship, but Christian Eriksen’s health isn’t something to be speculated over. 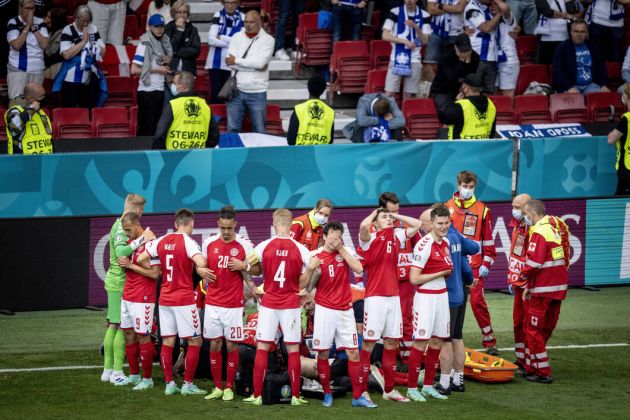 The football world collectively held its breath when the Dane collapsed to the turf during the game against Finland, with good news subsequently coming out of the Danish camp thereafter.

However, social media was awash with conspiracy theories as to how a supposedly perfectly healthy elite athlete could effectively die before being revived.

One doctor even invoked Google threatening action if anyone linked the collapse with Covid.

For some reason, that was enough to get former footballer and pundit, Matthew Le Tissier, to get involved.

There’s simply no need for Le Tissier to engage in such matters, but he’s frequently done so on the Twitter platform, and to much ridicule it must be said.

Whether it’s a play to still appear relevant or not is incidental. If ever there was a time to legitimately tell someone to ‘stick to the football,’ this was it.