Cristiano Ronaldo shook off the misgivings off an otherwise underwhelming performance against Hungary to turn up late and score a brace for Portugal, firing his nation to a 3-0 victory. 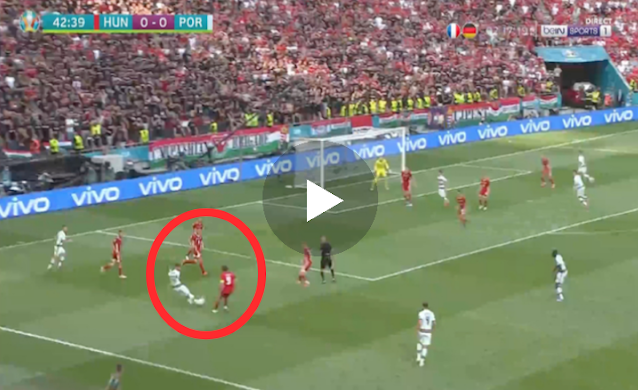 The 36-year-old notched his first from the penalty spot, minutes after the Selecao took the lead following a stroke of luck via a deflection.

In the 91st minute of the tie substitutes proved their worth to Fernando Santos as Renato Sanches drilled the ball into Ronaldo, who quickly laid it off to Rafa Silva.

Ronaldo and Silva exchanged passes in a silky move started on the edge of the box, with the latter showing brilliant composure as he played it into a wide open Ronaldo – who was just a couple yards out.

The Juventus talisman effortlessly took the ball around Peter Gulacsi before he tapped the ball into the back of the net with a left-footed strike.

Ronaldo marked his 106th international goal in some serious style, the all-time great is still finding a way to break records and close in on the record held by Iranian icon Ali Daei – who sits atop with 109 goals.

Ronaldo comfortably shook off the early jitters to bag himself a brace and start Portugal’s defence of the European Championships with a victory.