Cristiano Ronaldo’s penalty effort to double Portugal’s lead in their group stage opener of the European Championship broke a record by becoming the first man to score 10 goals in the competition’s history. 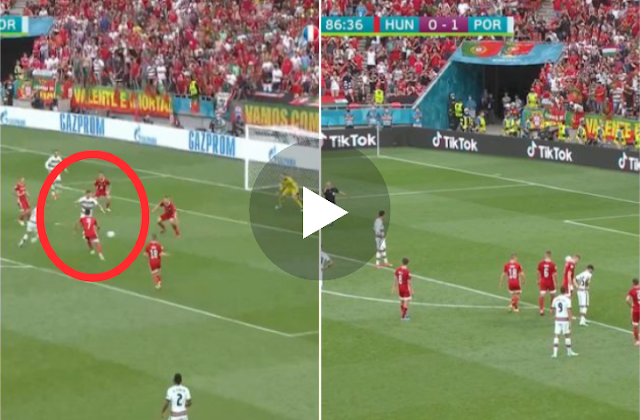 Hungary succumbed to two goals in quick succession despite holding the incumbent champions well for much of the clash, with the Juventus star firing away a successful spot-kick.

Raphael Guerreiro had opened the scoring late in the tie, with his effort in the box deflecting unfortunately for Marco Rossi’s men to hand the Portuguese first blood.

The hosts will have been left stunned by the late demolition effort, as Hungary’s hopes of attaining their first points of the group stage were crushed in part by ill luck.

Should the score remain as it is, at the time of writing, Portugal will top Group F prior to France’s upcoming meeting with Germany this evening.

You can catch the clips below, courtesy of ADNAN and beINSports: