Cristiano Ronaldo and Roy Keane were chalk and cheese and players. 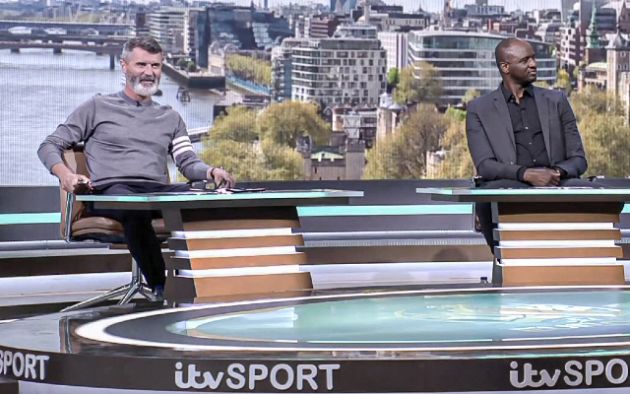 Teammates at Manchester United during the Noughties, but polar opposites… or perhaps not.

On Tuesday night, after ITV’s live coverage of Hungary vs Portugal and Germany vs France at Euro 2020, Keane did something to suggest that he and Ronaldo might be more similar than first thought.

Keane (below left) is 5′ 10″ but was caught trying to steal an extra inch as he posed for a picture along his fellow ITV pundits, including his former arch rival, 6′ 4″ ex-Arsenal captain Patrick Vieira (second left). 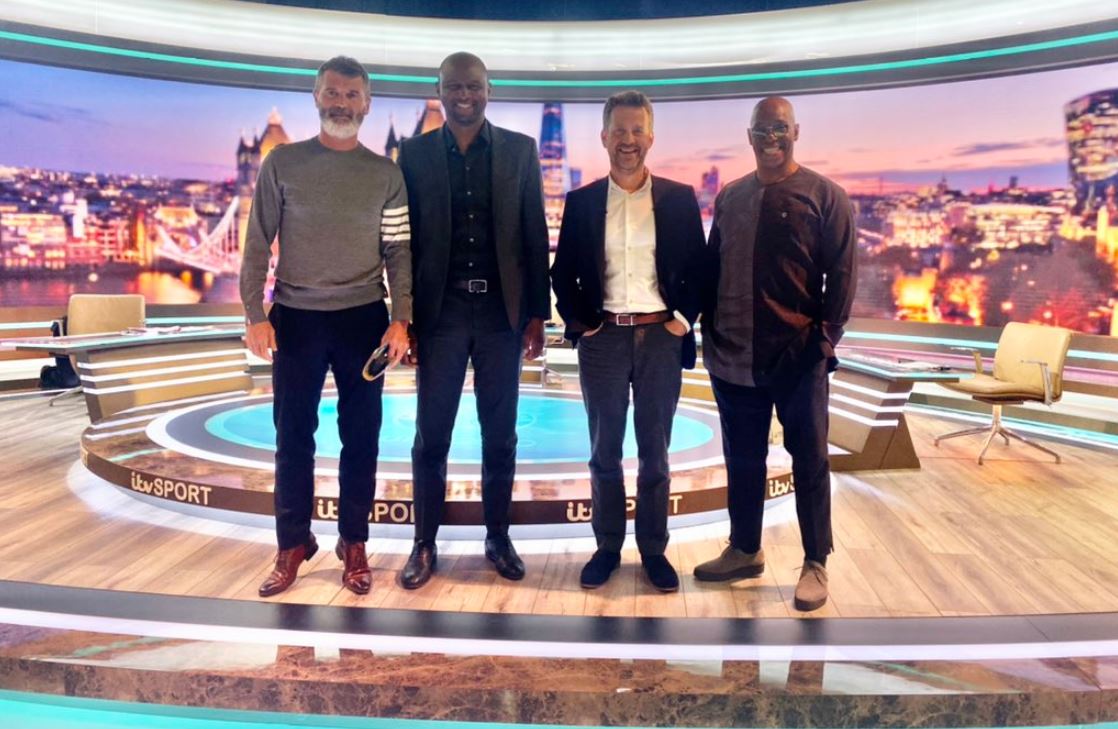 Mark Pougatch posted a photo of himself with Roy Keane, Patrick Vieira and Ian Wright 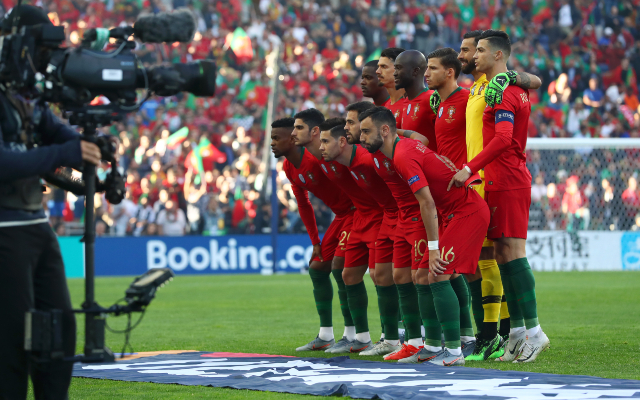 It quickly caught the attention of multiple Twitter users, who noticed that Keane was on his tippy toes – just like Ronaldo has done so many times before in team photos.

One fan wrote: “Love the fact Roy Keane is on tip toes trying to match up to @OfficialVieira”.

Another quipped: “Roy Keane on his tip-toes like Cristiano Ronaldo… except CR7 is already 6’1”.

One Twitter user piled in: “How sad that the great Keane, feels so inadequate he needs to look taller, he should have just moved to the other side of the picture”.

But some fans thought Keane was in on the joke. One replied: “You’re over thinking it. There’s humour in the act”.

Keane and Vieira shared one of the Premier League’s most memorable rivalries in the late 1990s and early 2000s.

As captains of United and Arsenal respectively, they clashed on and off the field on multiple occasions. Their most memorable battle came in 2005 in the tunnel at Highbury where TV cameras picked up a row in which Keane leaped to the defence of teammate Gary Neville amid suggestions of bullying.

Keane and Vieira seemed to have moved past their former hatred of each other as they worked side by side for ITV on Tuesday.

Both men were united in their admiration for Ronaldo, after witnessing him score twice in a 3-0 win over Hungary, goals which made Portugal’s frontman the all-time leading scorer at European Championships.

Reflecting on the action, Keane was full of praise for Ronaldo.

He told ITV Sport: “Amazing. We discuss all the time, obviously, that the hardest part of football is scoring goals, and he does it for fun. I still love watching him play.

“I was surprised he scored today, because he had such a bad season for Juventus. I think he might have only scored 36 for them, so I thought his confidence might be down.

“The guy’s a machine, he’s a beast. Love watching him, and the way he’s matured. We all know that he’s not getting involved in the build-up play, but getting on the end of things. His goals record, amazing.”