Manchester United will officially announce the signing of Jason Sancho after the European Championships, but another name on everyone’s lips this summer is Erling Haaland, the Norwegian goal machine destined for the very top. 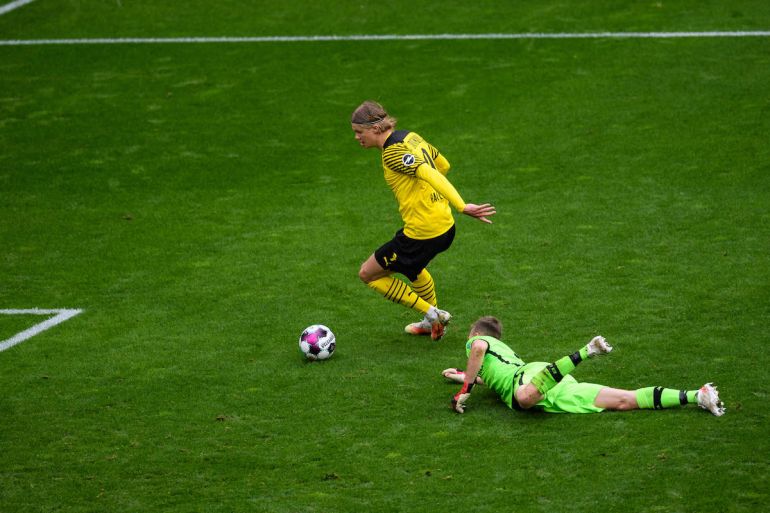 Borussia Dortmund sporting director Michael Zorc insists nothing has changed in regards to the future of Haaland and stressed the Bundesliga cub are planning next season with him in their squad.

It would be a huge blow to BVB if they lost both Sancho and Haaland this summer – but maybe this will give United a chance to come back a yet later when Edinson Cavani’s contract expires?

The future of Haaland, 20, will always be played out in the media. His agent, Mino Raiola, loves a sign on fee and he won’t be wasting many years at Dortmund when clubs.

According to the Manchester Evening News, United view Haaland as their dream striker target, while Man City are also admirers as they search for a new goalscorer in the transfer market after losing Sergio Aguero on a Bosman.

“Nothing has changed,” Zorc told Bild. “We are still planning with Erling for the next season.”

It’s not a deal I expect to happen this summer – but many will feel this is Holland’s final year at Dortmund.