England fans have joined the masses in ridiculing Jose Mourinho after Luke Shaw’s fine displays at this summer’s European Championship. The left-back is one of the tournament’s top performers and despite missing out in the first game, has cemented his place as Gareth Southgate’s left-back. 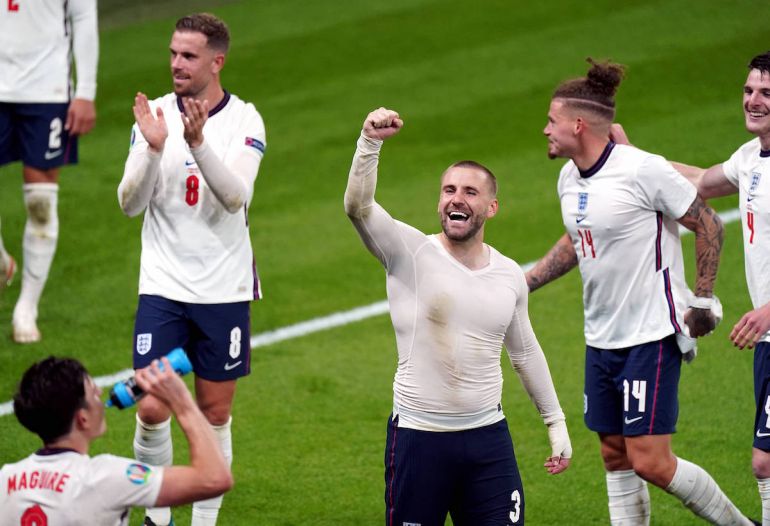 Mourinho was infamously critical of Shaw during their time together at Old Trafford but the Portuguese manager seems to have held a grudge ever since, publicly criticizing him at every opportunity since he was sacked in 2018.

The 25-year-old defender looks to have taken the stick in his stride but has a new set of supporters to back him up, with passionate England fans now coming to his defence.

According to the Manchester Evening News, fans introduced a new chant during England’s semi-final tie against Denmark earlier this week, with praise for Luke Shaw earmarked. The song, reportedly sung during the game, is also detrimental to Jose Mourinho.