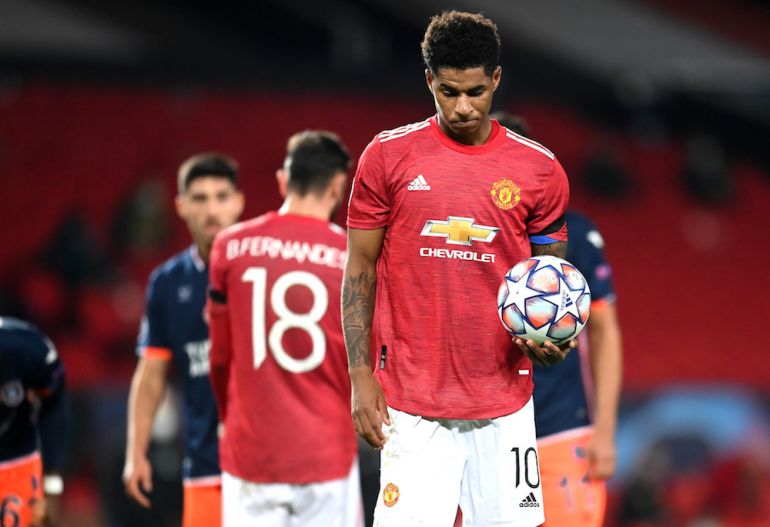 Rashford, 23, has spent his entire career with United since joining the club’s youth academy all the way back in 2005.

Having made his senior debut back in 2016, Rashford has already gone on to feature in a whopping 271 matches, in all competitions.

Last season was yet another jam-packed campaign for the Englishman who featured in well over 50 matches, including 37 Premier League games.

However, despite scoring 21 goals and racking up 15 assists, one person who feels the attacker has performed well below par is Parker.

Speaking exclusively to the Daily Express, the retired defender, when asked about Rashford, said: “Marcus Rashford was very lucky to start so many games last season, he was really very poor.

“I think there was a little bit of sentiment coming into it that he shouldn’t have been playing. I kept hearing that he’s injured, he’s carrying this injury – a load of rubbish.

“Today’s footballers don’t have to carry any injuries. During my time, yes, because we needed that to make up our wages.

“And we were worried that if we missed a game through injury then somebody else would come in and we wouldn’t get back in if the team did well, but not in today’s world.

“So he has to prove that he can play regularly for Manchester United because he was poor. Mason Greenwood finished the season brilliantly so he’ll be disappointed if he doesn’t start the season.

“He needs a decent pre-season as such, as he mostly will get now from not going to the Euros.”

Rashford is currently away on international duty with England, representing the Three Lions in this summer’s delayed European Championships.

Despite Gareth Southgate’s men reaching the illustrious tournament’s final, where they will now face Italy on Sunday, Rashford has featured for just 83 minutes across four matches.

Do you agree with Parker’s comments, or are they too harsh? – Let us know in the comments.