Focus this summer has largely been laid on incomings at Old Trafford with deals to sign Jadon Sancho and Raphael Varane well-documented. In terms of outgoings, Paul Pogba has dominated headlines after a stellar tournament with France at Euro 2020. 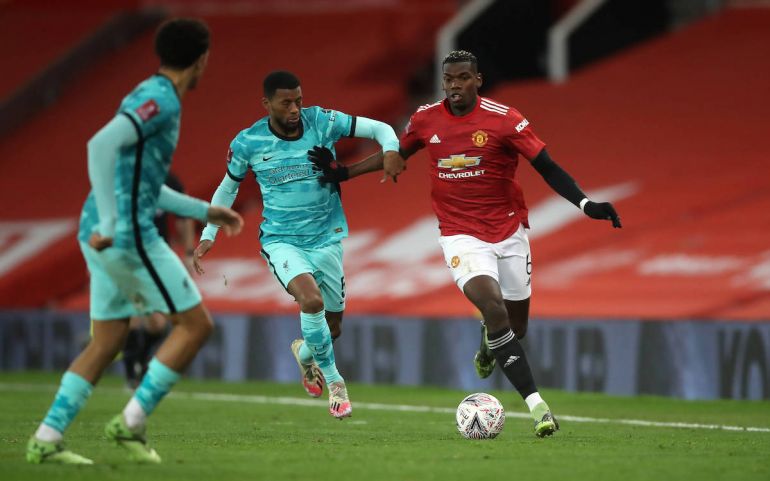 Manchester United run the risk of seeing Pogba run his contract down for the second time in a decade and Paris Saint-Germain have been named as a possible destination for the midfielder.

The 28-year-old has just one year remaining on his deal at Old Trafford and with no contract extension signed yet, a departure this summer seems more likely than the former Juventus star committing to a long-term deal.

Former Liverpool midfielder and new Paris Saint-Germain signing Georginio Wijnaldum was quizzed on his club’s potential pursuit of Pogba and insisted that he would ‘love’ for his new club to sign the France international.

“I would love to have Pogba with us,” Wijnaldum told RMC Sport. “He’s fantastic. I have played against him several times – what a player!

“If you ask any player from another team if he would like Pogba to join him, everyone will say yes because he is an extraordinary player, full of qualities. He has it all, one of the best midfielders in the world.”

Pogba is set to return to pre-season training with United next week and although a departure does not seem to be imminent, United could be open to offers if he shows no signs of extending his stay at the club.