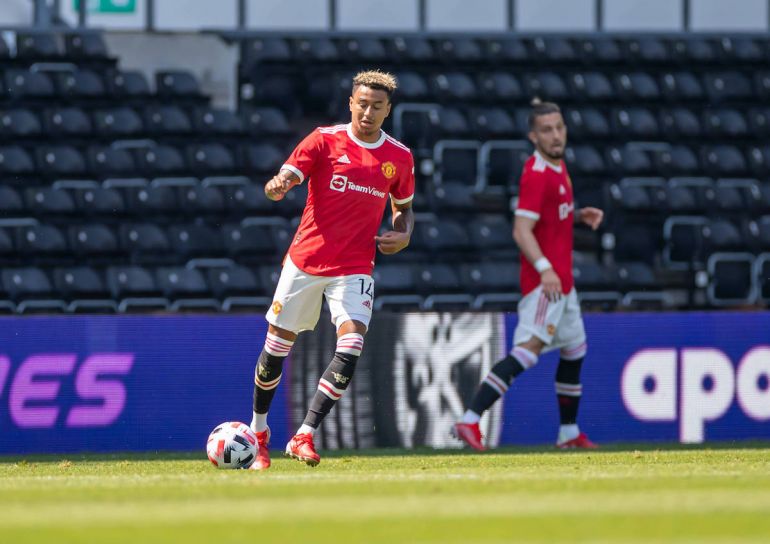 At full-time, manager Ole Gunnar Solskjaer took a moment to laud the academy graduate for not only his display against Wayne Rooney’s Championship side, but his form this calendar year after spending the second half of last season on loan at West Ham.

The boss suggested Lingard could stay at United, although I recall similar comments about Romelu Lukaku and Alexis Sanchez before the Norwegian got rid of both players.

“He came seven or eight days later than the rest but he’s a naturally fit boy,” Solskjaer said, as per the Manchester Evening News.

“He’s a man, he played with a few boys but he’s one of the men! Jesse has come back, been bright, he wants to fight for his place and there’s nothing better than seeing players want to fight for their place.

“What he did towards the end of last season, that’s the true Jesse, that’s what we know he’s capable of and, for us, I think we saw towards the end that we lacked some options at times and Jesse is in the plans at the moment, yeah.”

Lingard took to Twitter after the match and was happy to get 45 minutes under his belt in a United shirt again.

We back 😁 45 in the tank and a solid win ✅ #jlingz pic.twitter.com/KcMFLgJhqr

He also showed his class as he went over to United’s travelling support at full-time to give one lucky fan his match shirt.

Let us know in the comments section if you think Lingard has a future at Manchester United?