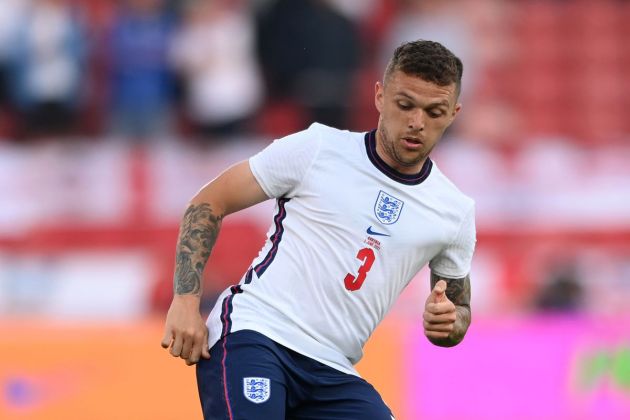 The former Tottenham full-back has been heavily linked with United, though little progress has been made with the Manchester Evening News reporting that Atletico Madrid are holding firm on a £30million valuation.

Tripper has enjoyed a successful time since moving to the Spanish capital in 2019, particularly due to a La Liga title win last season, which was claimed on the final day of the season.

The 30-year-old was key in that title-winning campaign, and his form has seen him become the target of United, with the Reds looking to upgrade defensively on Aaron Wan-Bissaka.

But while the rumour mill will continue to spin and talk of a transfer is likely to continue throughout the summer, for now, Trippier is keen to concentrate solely on England’s Euro 2020 bid with Gareth Southgate’s men two home wins away from ending their trophy drought of more than 50 years.

“I’ve just enjoyed the season [at Atlético] and we’ve won the title,” he told The Guardian. “I’m away with England, we’re playing Denmark and I’m not focusing on my club or what is going on.