Man Utd to sign Eduardo Camavinga would be ‘complicated’ – report

It is widely reported that Manchester United are exploring the possibility of signing Eduardo Camavinga this summer and claims have been backed up by The Athletic. The 18-year-old is one of the most coveted teenagers in European football and has plenty of options this summer. 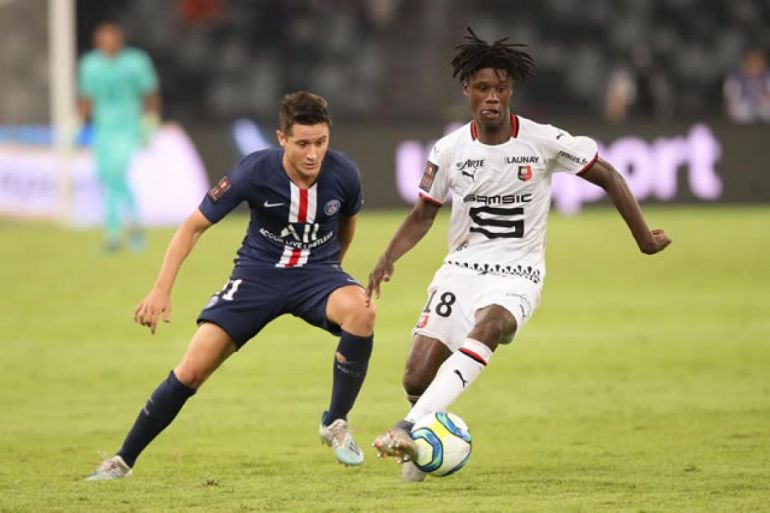 However, the publication claims that any scenario where Camavinga signs for Manchester United is ‘complicated’ by the midfielder’s high volume of options.

It is claimed that Camavinga would welcome a move to Real Madrid or Barcelona in a move which could see him run his contract down – he is eligible to sign a pre-contract with any club in just six months.

Camavinga has just one year remaining on his contract at Rennes and the French club will be keen not to lose their prized asset for nothing next year, with a contract extension also looking unlikely at this point.

According to the report, Rennes are privately dismissing reports of a €30m price tag and are holding out for a higher sum this summer, should they sell their star player.