Manchester United has confirmed that they have agreed to extend midfielder Juan Mata’s contract until the summer of 2022. 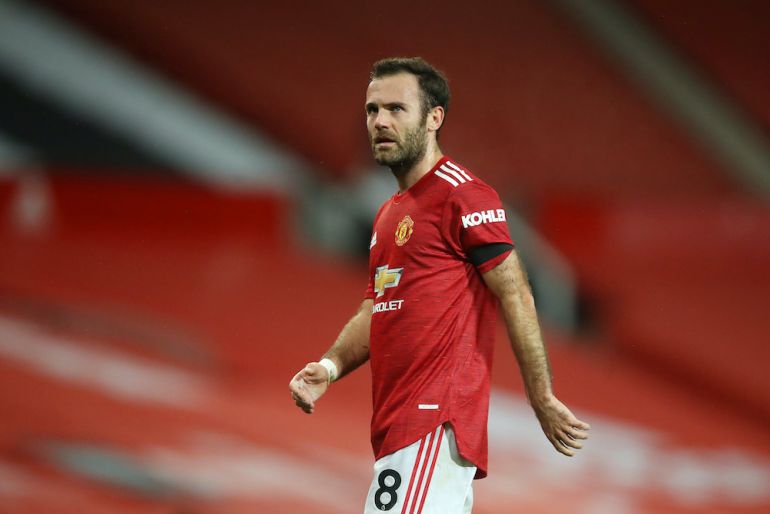 Since his arrival at Old Trafford, the Spanish midfielder has gone on to feature in 273 matches, in all competitions, directly contributing to 98 goals, along the way.

Although very much resigned to a bit-part squad role under Ole Gunnar Solskjaer nowadays, Mata’s experience will undoubtedly offer the club’s next generation some invaluable knowledge.

Widely regarded as one of the most likeable characters at the club, fans will be pleased to learn that the attacking midfielder has agreed to commit his immediate future to the Red devils.

The club has confirmed that the Spaniard has agreed to a new 12-month deal (ManUtd).

A statement on the club’s official website read: “Manchester United is delighted to announce Juan Mata has agreed a one-year contract, keeping him at Old Trafford until June 2022.

The 33-year-old completed a transfer from Premier League rivals Chelsea in January 2014 and has since made 273 appearances as a Red, scoring 51 goals in the process.

His impressive tally of strikes includes a memorable brace against Liverpool at Anfield in 2015 and an all-important equaliser in the victorious 2016 Emirates FA Cup final versus Crystal Palace.Dubbed a magician on the pitch and a gentleman off it, Mata has become one of the most popular players in recent United history and he is highly respected by all of his team-mates.

The World Cup winner’s influence on Ole Gunnar Solskjaer’s young, improving squad is invaluable and the manager continues to be a huge supporter of the fleet-footed Spaniard.

While his 2020/21 season was limited to 18 appearances, partly due to personal circumstances, Mata’s contribution remained and he was notably one of six Reds to win our Player of the Month awards, alongside Edinson Cavani, Bruno Fernandes, Paul Pogba, Marcus Rashford and Luke Shaw.

With a new one-year contract agreed and pre-season training about to start at Carrington, Juan is raring to go in what will be his ninth campaign at United.

United appear to be continuing in their efforts to renew the contracts of those like Mata but also bringing in fresh faces, such as Jadon Sancho and heavily linked Raphael Varane.