Manchester United have confirmed that goalkeeper Tom Heaton has resigned for the club, 11 years after departing. 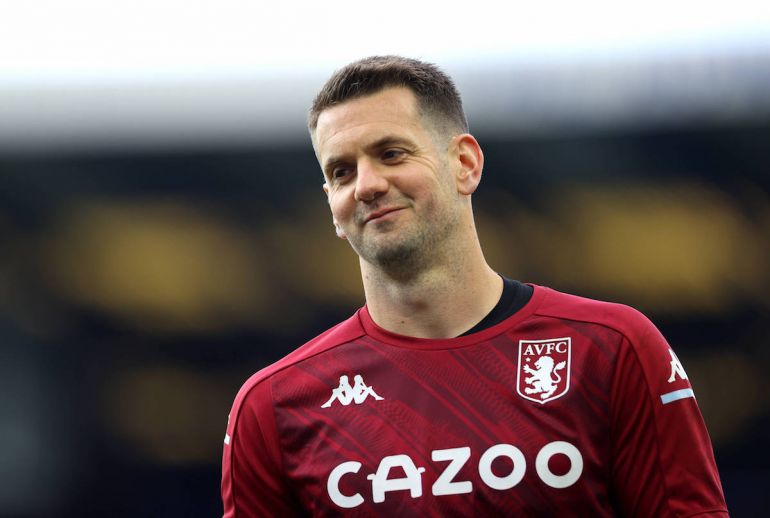 Heaton, 35, began his career at United in 2002 when he joined the club’s illustrious youth academy.

After struggling to nail down a spot in Sir Alex Ferguson’s first-team plans, the English shot-stopper was allowed to join Cardiff City in 2010 on a free transfer.

Going on to enjoy a successful career, which has seen Heaton give Premier League side Burnley his prime days, after impressing season after season, the 35-year-old is likely to now see his playing days out at Old Trafford.

The club has confirmed the news that the ex-Burnley and Aston Villa keeper has re-joined on their official website.

Heaton has signed a two-year deal, with the club retaining the option to extend it for an additional year.

A club statement, issued on their website, ManUtd, read: “Manchester United is delighted to confirm the signing of Tom Heaton.

“The England international goalkeeper has agreed a contract until June 2023, with the option for a further year.

“It makes a return to United for the 35-year-old, who spent 13 years at the club as a youngster. He has three caps for his country and has also had permanent spells with Cardiff City, Bristol City, Burnley and Aston Villa.

“Heaton’s contract had expired at Villa and he has moved to Old Trafford on a free transfer.”

Speaking about the transfer himself, Heaton told the club: “For me to have the opportunity to come back after spending 13 great years here as a kid, it’s an incredible feeling and I’m really, really excited to get started.

I’m just seeing it as a fantastic opportunity as I still feel I’ve got an awful lot to give and I’ve got the bit between my teeth.