Follow throughout the day for the latest Man United transfer rumours and breaking news.

Manchester United are continuing to train hard at their pre-season training camp in Surrey ahead of Saturday's pre-season friendly against QPR.

United defeated Derby County 2-1 last weekend, thanks to goals from Tahith Chong and Facundo Pellistri, in their first outing of the summer and have been boosted by the returns of Scott McTominay and Daniel James.

Meanwhile, Donny van de Beek is ready to snub interest from Italy, Spain and Germany to stay at United this summer.

The Holland international endured a tough first campaign at Old Trafford and he has been linked with a move away during this transfer window.

Clubs in Serie A, La Liga and Bundesliga have all made tentative enquiries but just 12 months after joining United for £35million Van de Beek sees his future at Old Trafford and he wants to stay and fight for his place.

Sources close to the player have said the 24-year-old is feeling "fit, fresh and ready for the challenge" after missing the European Championship this summer to rest a groin injury that had been bothering him towards the end of the season.

Why United have not announced Jadon Sancho's transfer yet

The announcement of Jadon Sancho’s transfer to Manchester United has been delayed by a 'minor issue'.

Sancho agreed personal terms with United before the club had a £72.9million bid accepted by Borussia Dortmund three weeks ago and the 21-year-old arrived at United’s Carrington training complex last week to complete a medical.

United had planned on confirming the Sancho deal late last week but there has been a hold-up in finalising the paperwork. Sources are hopeful the signing will be announced before the weekend.

United manager Ole Gunnar Solskjaer said there were ‘small details’ to address before the club could parade Sancho. 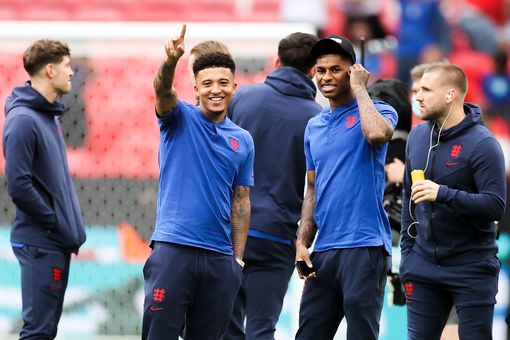 United have four crucial contract decisions to make this summer

There are now less than six weeks left before the summer transfer window closes and Manchester United will need to get a move on if they are to get all their desired business done.

In an ideal world, both Jadon Sancho and Raphael Varane will be in a position to make their debuts against Leeds United on the opening day of the season and Ole Gunnar Solskjaer might even be hoping to parade other additions for the curtain-raiser.

With careful summer spending United know they have the core attributes required to challenge for the Premier League title next season, though much of their success will likely rely on extracting the same world-class performances from those who rose to the challenge over the last campaign.

As such, there is an important task this summer of not only adding new faces to their first-team squad but also securing the long-term futures of a number of key players.

Donny van de Beek is back at Carrington this week working under the supervision of medical and fitness staff as he prepares to link up with the squad for full pre-season training on July 26. 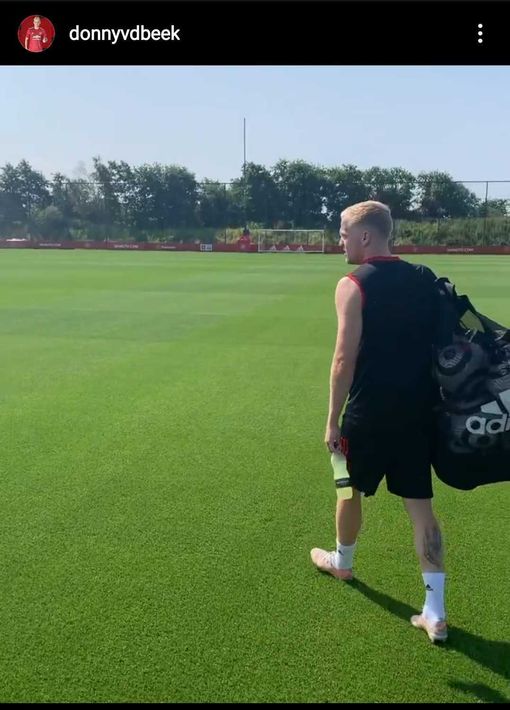 The Austrian defender was unveiled as a Madrid player on Wednesday after moving on a free transfer following the expiration of his contract with Bayern Munich.

"Of course I would love to play with Varane," Alaba said during his unveiling on Wednesday, as quoted by Goal.

"For many years he has played excellent football and not just now. He is a wonderful defender and has great qualities." 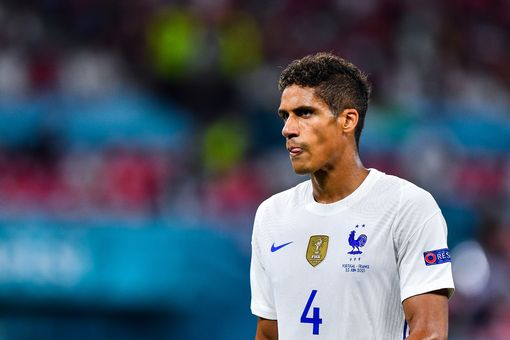 United are reportedly 'getting serious' in regards to a possible move for Leon Goretzka.

SportBILD insist Leon Goretzka's camp are irritated by slow negotiaions over a new deal and that other clubs are now getting serious in regards to offering him an alternative.

Amid the rumours regarding a possible move to North London, an unflattering stat has emerged showing James Maddison is creating as many goalscoring chances from open play per game as Andreas Pereira. 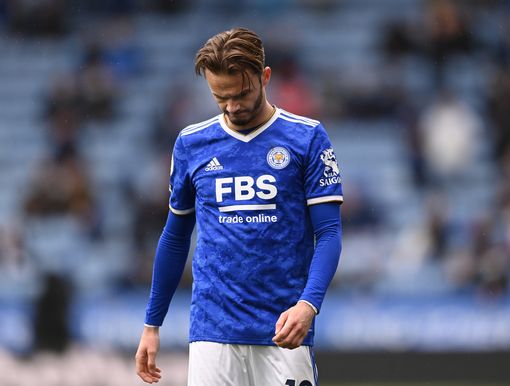 Andreas Pereira has admitted that he would like to return to Lazio this summer.

The Brazilian playmaker spent last season in Rome with the Serie A outfit, making 33 appearances and scoring just once as they finished outside of the Champions League places in sixth.

"I'd like to go back to the Biancoceleste [Lazio] if I was given more time," said Pereira. "Rome could be my definitive home, I had a great time. I love the style of play and the team spirit that exists in Serie A.

"Lazio have priority in my heart, but your country has won me over, why not come back one day if the opportunity arises? The fans are the main reason for my passion for Lazio. Even without having them [Lazio fans] at the stadium, I was able to feel their affection in the streets and especially on social networks.

"At Lazio I have always given my best in the time I have been granted. I think my performance could be better if I had more minutes and more freedom to play. When you come in at the end of the game, the task you have to do tactically is not the best."

The England trio were subjected to abhorrent racist abuse in the wake of England's penalty shootout defeat to Italy in the European Championship final.

Evra believes the current racism issues in English football are worse than they have ever been before and he believes social media companies are partly to blame for failing to take proper action against racists. 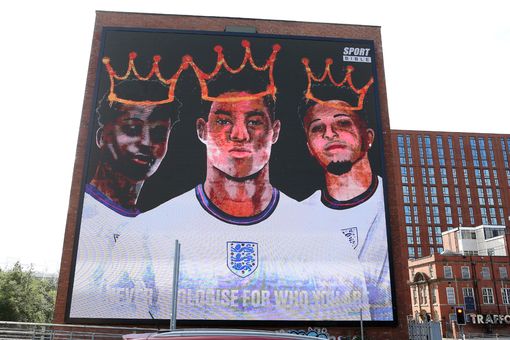 Donny van de Beek and Anthony Martial are training together at Carrington this week as they prepare to join up with the rest of the Manchester United squad on Monday.

Ole Gunnar Solskjaer has taken a 27-man squad to a training camp at Pennyhill Park in Surrey this week and Van de Beek and Martial are only set to join in with group training in pre-season next week.

But the duo are at Carrington this week and are working under the supervision of medical and fitness staff as they prepare to link up with the squad for full pre-season training on July 26.

Both players have recently returned from injury and are working at Carrington to build their fitness up ahead of next week. They could be available to feature in the pre-season friendly against Brentford at Old Trafford next Wednesday (July 28) or at Preston the following Saturday (July 31). 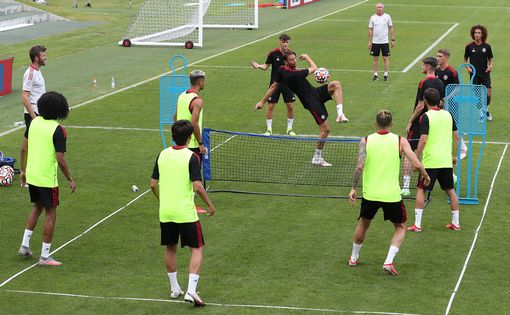 This seems like putting two rumours together into just one.

The Metro comment on links with Leon Goretzka and suggest Ole Gunnar Solskjaer will only move for him if Paul Pogba leaves the club. 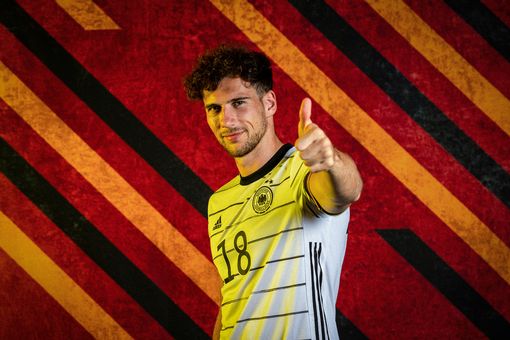 Everton have joined the race to sign Jesse Lingard this summer, according to The Sun.

They say Everton are 'keeping tabs' on the English midfielder while West Ham are also keen on a permanent deal. 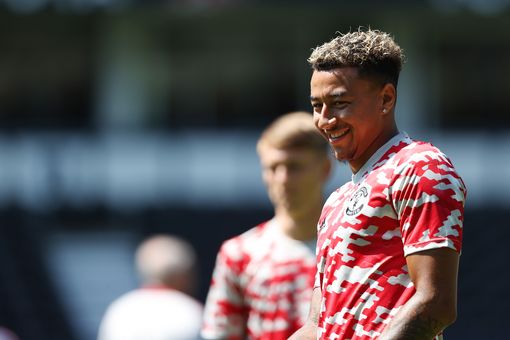 According to Corriere del Mezzogiorno, Piotr Zielinski's entourage have been contacted by United to discuss a potential deal this summer.

The report claims Liverpool are also interested in the Napoli midfielder, who has three-years left on his current deal. 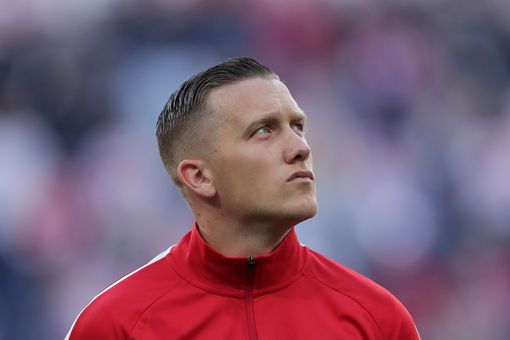 An official unveiling draws nearer but it looks like Jadon Sancho already knows his shirt number.

The National state Jadon Sancho is expected to wear the No. 16 when he finally plays for United. 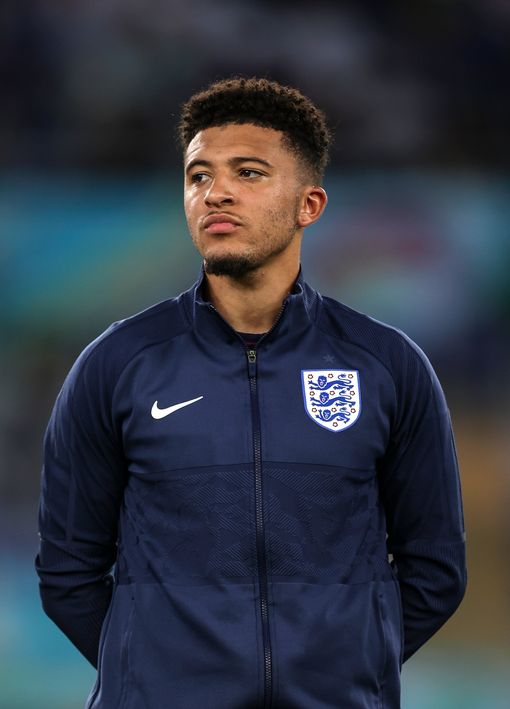 They say United are ahead of Arsenal for a possible £35million deal to sign the Portuguese midfielder. 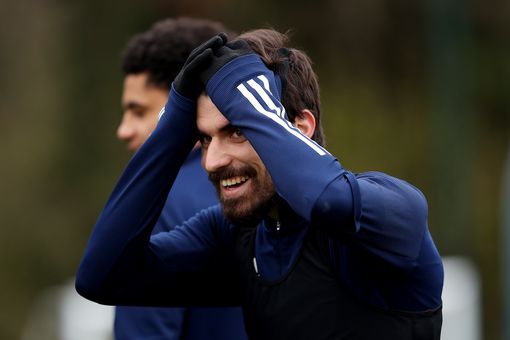 Manchester United legend Andy Cole has admitted it would be a 'shame' if the club should lose Paul Pogba during the summer transfer window.

The 28-year-old Frenchman has only one year left on his current United contract, though the club are eager to tie him down to a new deal.

Reports have emerged in France claiming the French international is close to agreeing personal terms with Paris Saint-Germain over a potential €50m (£43m) cut-price deal. 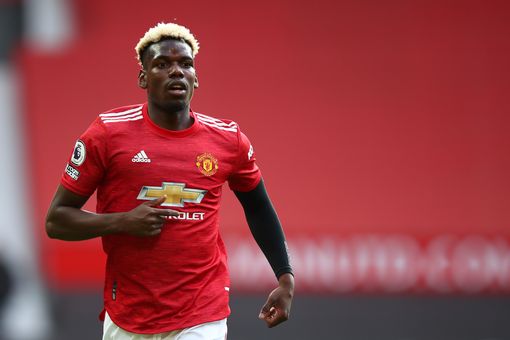 'Dithering Davey' lived up to his moniker at Manchester United, where the sole signing in that amateurish 2013 summer transfer window was Marouane Fellaini on deadline day - for £4.5million more than he was available for the previous month.

Phil Neville, Fellaini's neighbour and on Moyes' coaching staff, ferried Fellaini and his father in a two-passenger sports car to Carrington. 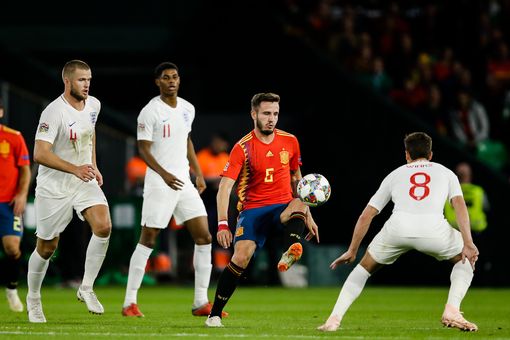 Donny van de Beek is ready to snub interest from Italy, Spain and Germany to stay at Manchester United this summer.

The Holland international endured a tough first campaign at Old Trafford and he has been linked with a move away during this transfer window.

Clubs in Serie A, La Liga and Bundesliga have all made tentative enquiries but just 12 months after joining United for £35million Van de Beek sees his future at Old Trafford and he wants to stay and fight for his place. 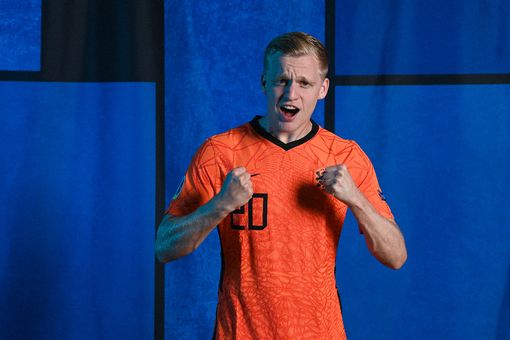