Scoring a wonder goal from near the halfway line is something that’s to be celebrated, even if it’s becoming a more regular occurrence these days. 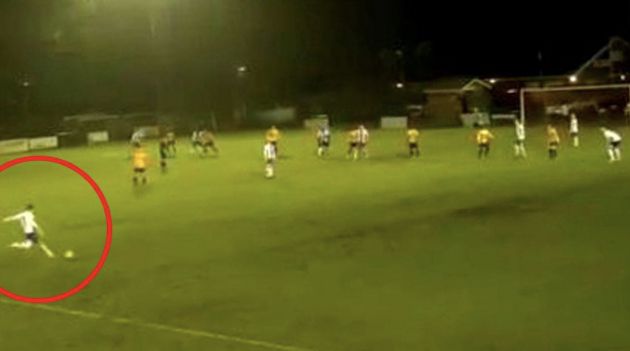 Callum Saunders even had his sensational strike showcased on Sky TV according to the Sunday Times, but it turned out to be one of the worst things that could’ve happened to him.

The popular Soccer AM programme aired the footage of the Haywards Heath Town player hitting the net from all of 45 yards.

The only problem for Saunders was that he’d claimed that he was injured in an accident on Brighton’s Marine Parade and that subsequent injuries to his foot had meant he couldn’t walk or stand for long periods.

Not only that, Saunders had suggested that he hadn’t worked for six months as a self-employed plasterer, which turned out to be a real own goal.

Haywards Heath Town had regularly posted footage of him on their YouTube channel, and Saunders himself had uploaded plenty of posts of him in action to his own social media channels according to The Times.

All of which meant that the £55,000 he was fraudulently trying to claim from Aviva, turned into a £13,000 bill for legal costs.