Following his country’s abysmal Euros 2020 campaign which saw them shockingly eliminated at the round of 16 stage, France midfielder Paul Pogba has been enjoying an early summer holiday. 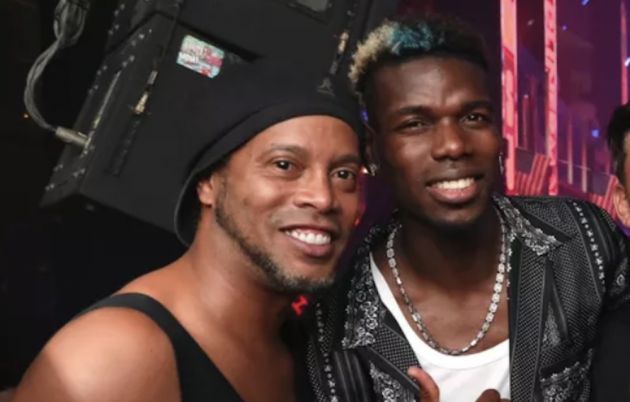 With his club contract at Manchester United set to expire in just 12-months time, there are growing concerns the midfielder may want to move on in search of a new challenge.

Speculation surrounding the playmaker has been rife, with a summer move to either Real Madrid or former club Juventus heavily linked.

Despite the relentless speculation, Pogba has recently been snapped out enjoying himself with Brazil legend Ronaldinho with compatriot Blaise Matuidi and Juventus star Paulo Dybala.