Rio Ferdinand has made a prediction about how a centre-back pairing of Harry Maguire and Raphael Varane could look at Manchester United. 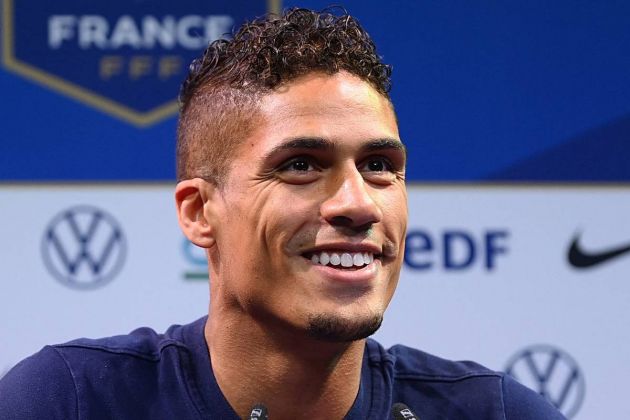 United have been heavily linked with a move for Varane this summer with Spanish journalist Jorge Calabres claiming a deal is ‘close’ with a reported fee of £42million plus add-ons.

Varane is out of contract next year at Real Madrid, meaning they must sell him this summer to avoid losing him on a free next year if the Frenchman does not want to pen a new deal.

That is looking like being the most likely scenario, and Manchester United fancy their chances with former centre-back Ferdinand already getting excited about the prospect of Maguire and Varane playing together.

“I’ve been saying alongside Maguire he needs someone with some pace the way Man United play.

“When I’ve seen Man United in problems and in trouble in games, a lot of the time teams have been given a bit of confidence or seen a chink in the armour of Man United when they see they can get people one v one or play the ball over the defence, into one of the channels and then it’s a race.

“We haven’t had the players quick enough to do that in the centre-back areas. If you get someone like him, people start thinking ‘well we ain’t gonna play the ball over the top cos Varane is gonna eat that up.’ Someone like him, he’ll bring that authority I hope to the back line.”

The centre-back pairing has been a big cause for concern for United with Maguire needing pace alongside him to cover for his lack of speed.

Though, there is little doubt that Maguire is the man for the job, defensively, and United fans will be getting understandably excited over the prospect of signing a player who can complement the former Leicester City centre-back perfectly, on paper, at least.