Manchester United legend Roy Keane has commented on the strong midfield duo of Kalvin Phillips and Declan Rice for England at Euro 2020 this summer. 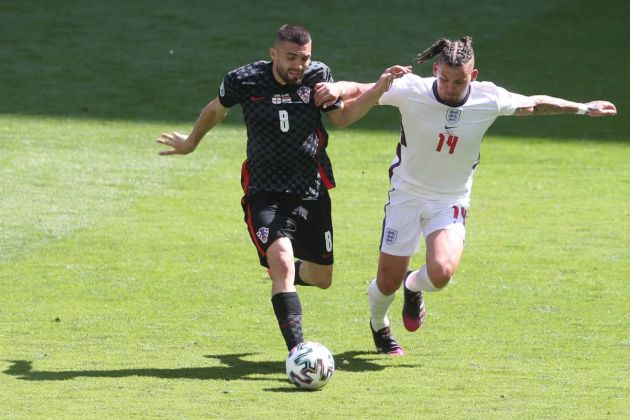 In doing so, however, the pundit has aimed a slightly harsh criticism at Phillips, saying he’s not technically the best central midfield player.

While you can kind of see how Keane meant this as a compliment due to his work rate and other qualities making up for it, it doesn’t really seem that accurate.

Phillips has shone for Leeds and has also been good on the ball for England at Euro 2020 this summer, showing his fine range of passing and ability to drive forward with the ball.

“I think the two lads in midfield gave them a lot (of energy),” Keane told ITV Sport.

“Even when they are not technically that great on the ball.

“They give them great protection to the back four. So, you can look at what you want from your team and England have a bit of everything.

“Defensively, they have been very, very good. They have energy. They have a world-class striker. People like Sterling, who is on fire. They have got strength in depth.

“And when you are playing at home, with the fans behind you, it gives you a great chance.”

Keane could perhaps do well to take a closer look at Phillips playing week in, week out.