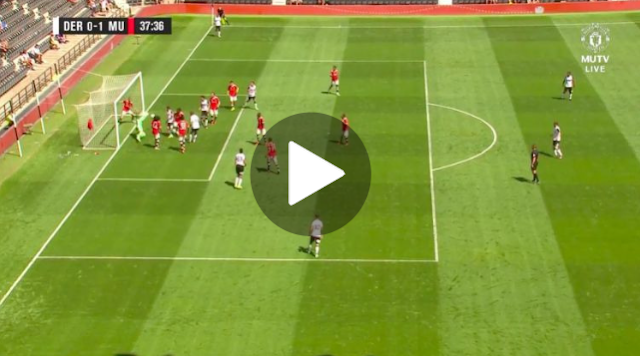 Tom Heaton was handed a debut for Manchester United by Ole Gunnar Solskjaer as his makeshift side took on Wayne Rooney’s Derby in their first pre-season match of the summer.

Only two regulars for Solskjaer started the game as nine fringe and/or youngsters made up the rest of the team as the club awaits the return of their first-team regulars.

One beneficiary of United’s international players’ absence, however, is Tom Heaton. The 35-year-old returned to the club earlier this month on a free transfer after being released from Aston Villa.

Heaton is said to be lobbying to become Solskjaer’s first choice between the posts and the former Burnley shot-stopper pulled off an incredible reflex save in the first half against Derby to deny Phil Jagielka.

The former Everton defender managed to get a touch on a loose ball but saw his effort expertly saved by Heaton, who somehow managed to keep United in the lead.