Video: Yussuf Poulsen warns England that Denmark won’t be rolled over having taken four Nations League points from them

As England prepare to take on Denmark at Wembley on Wednesday, the country is already at fever pitch. 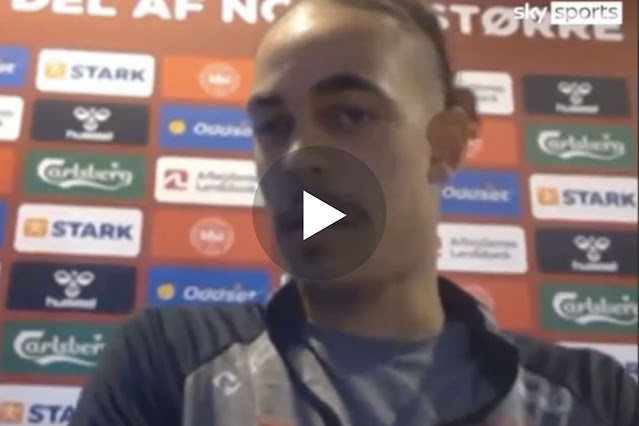 There appears to be a strong belief that all the Three Lions will have to do to be guaranteed a spot in the final is turn up.

Complacency has been the undoing of many a team in the past of course, and Denmark’s Yussuf Poulsen has sounded a word of warning to the favourites.

Given that the Danes have taken four points from England in their last two games, he has a point.

“We played them in the Nations League two times and got four points” ?

Yussuf Poulsen says #DEN‘s haul of four points against #ENG in the most recent Nations League campaign proves they are a match for the #ThreeLions ahead of their #Euro2020 semi-final… pic.twitter.com/WsJDzPBr4q