Manchester United have gotten off to a winning start in this year’s pre-season after a 2-1 win over Wayne Rooney’s Derby. The encounter at Pride Park was the club’s first of this summer’s preparations. 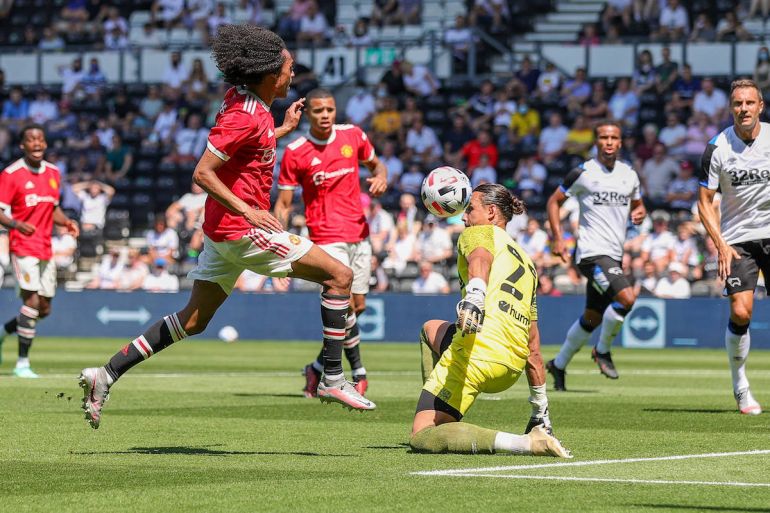 Tom Heaton, who failed to make an appearance in his first stint at the club despite being named on the bench on numerous occasions, was handed his debut for the club and produced an incredible point-blank save to deny Phil Jagielka in the first half.

Tahith Chong, who is set to join Birmingham on a season-long loan after pre-season, opened the scoring for Solskjaer’s side with a scruffy effort as the Reds went into half-time with an advantage.

The manager made wholesale changes for the second half, with only Axel Tuanzebe and Teden Mengi keeping their place for the restart. Substitute Facundo Pellsitri wasted no time before beautifully scoring Manchester United’s second goal after great work from Shola Shoretire.

Jesse Lingard was among the players to make an appearance in the second half, his first for the club since last year. Rumours surrounding the 28-year-old’s future are constant but the midfielder put in a lively display.

Derby did pull one back halfway through the second half but United’s inexperienced side managed to hold on to claim a victory at their first attempt.

Next up for Solskjaer and his side is a trip to Loftus Park as they wait to take on Queens Park Rangers on Saturday.