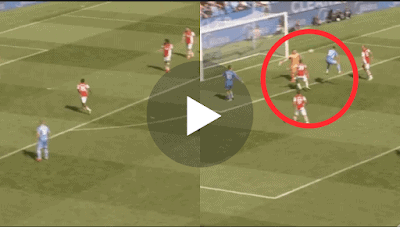 Manchester City has been absolutely rampant during their early kick-off against Arsenal on Saturday afternoon.

Looking to make up for their opening day defeat against Tottenham Hotspur, Pep Guardiola’s side are now on course to make it back-to-back domestic wins.

Following their 5-0 thrashing against Norwich City last weekend, the Citizens have replicated their efforts by thumping the Gunners by the same scoreline this weekend.

The game’s fifth goal saw Spanish attacker Ferran Torres bag his second of the game after getting on the end of a whipped ball in.