Chelsea RightNow: This two players are ready to complete Chelsea move as Clubs willing to santion their move (Photos)

Former Barcelona rated defender is set to join Chelsea after leaving Barcelona, according to the reports.the youngster who is a central back defender is hailed to be the next vigil van dijk in England.
Mbuyamba who trained with Chelsea last season although didn’t played a premier league game but penned a deal with Barcelona last summer,joined from a Dutch side MVV MAASTRICHT.
The daily report claim that Chelsea are closing in on signing the hot youngster but the youngster have to work hard to be in the lampard first team squad. 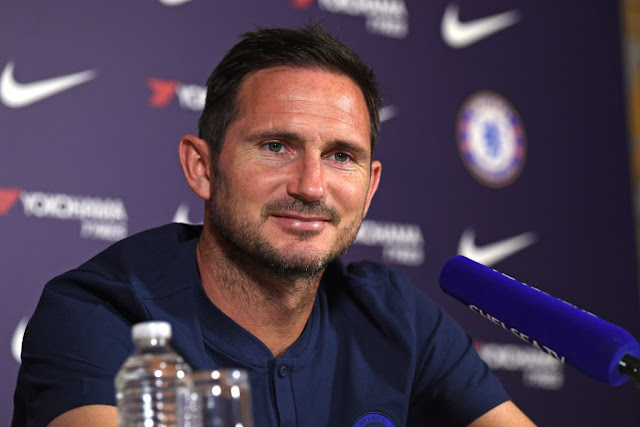 Lampard who has given his youngsters an opportunity to shine in the premier league like Mason mount, Tammy Abraham,billy gilmour and reece james all becoming regulars having stepped up from the academy.
Chelsea are pushing hard to make Kai Harvetz their third signing this transfer summer.
Frank lampard is determined to sign Kai Harvetz to strengthen their mildfield,making him his third signing after previously signed Hakim zeyich and Timo werner .
Both team is still on agreement for the youngsters over a fee.

Bayern levekusen has remained determined that the midfielder will be a part of their remaining Europa league games despite the intense speculation over his future.
“We have several times the we are going to end the season with our entire squad. Including hervatz,that goes without saying for us”the club’s sporting director Simon rolfees said on last week.
Please Chelsea fan will Harvetz play fantastic when he will join Chelsea fc .