It's official: Manchester United are the Premier League's in-form side going into the final fortnight of 2020. Four straight wins ...

It's official: Manchester United are the Premier League's in-form side going into the final fortnight of 2020.

Four straight wins over Everton (away), West Brom (home), Southampton (away) and West Ham (away), added to Saturday's creditable draw at Old Trafford in the Manchester derby, mean we have taken more points from our most recent five fixtures than any other side.

While that feat may not be fully reflected in the way the actual Premier League table looks at the moment - United have risen from 15th to 8th since losing to Arsenal on the first day of November - the Reds are just five points away from joint-leaders Tottenham and Liverpool, with a game in hand against Burnley at Turf Moor still to be played at a date to be confirmed.Due to an unusually short summer and a season which has been congested into eight months, rather than the traditional nine, the Premier League is much more competitive at the top than it has been in recent seasons, with just seven points separating the 10 sides in the top half. 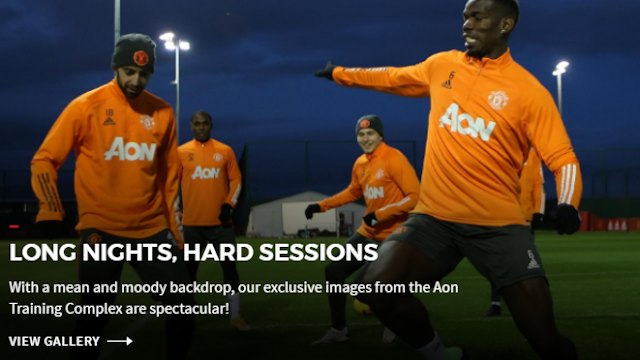 In a term that is more reminiscent of 2015/16, when Leicester defied the odds to become champions, nobody has yet bettered United's tally of four consecutive wins. At the weekend, none of the traditional 'Big Six' managed to take home all three points from their various fixtures - the first time in over a decade that has happened.

If you look at form over the last five games, United lead the way on 13 points from a possible 15, followed by West Ham with 12. The resurgent Hammers have only failed to win once in that spell, when they were beaten by Ole Gunnar Solskjaer's men 10 days ago.

Tottenham (11 points from 15) and Liverpool (nine) are the only sides other than the Reds not to have lost in this period, while Thursday's opponents Sheffield United haven't claimed a single point. In fact, the Blades have lost their last seven in the league.

The Reds' next five league games are all packed into the next two-and-a-half weeks, as the festive fixture period hots up. After Thursday's trip to Bramall Lane, we take on Leeds at Old Trafford on Sunday, 20 December.

Solskjaer's men then visit Leicester on Boxing Day, before Wolves come to M16 to see 2020 out. Aston Villa at home is our scheduled first fixture of the new year - and if we continue our recent run of form, who knows what the table could look like then?