Sometimes it’s just not meant to be your day. 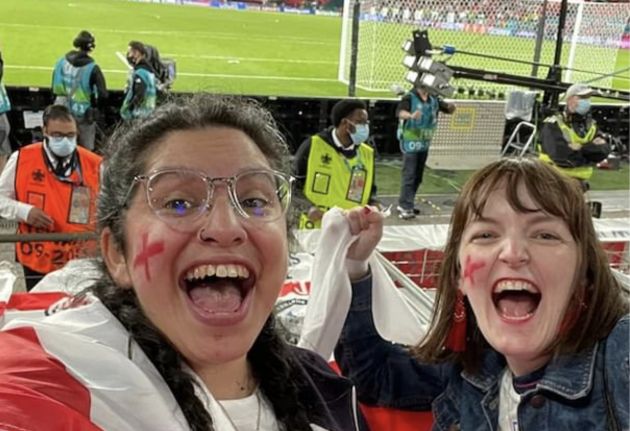 When England beat Denmark in the Euro 2020 semi-final to book their place in the final against Italy on Sunday, the whole country celebrated.

Pubs and bars everywhere were full with punters celebrating the best national team result in a generation.

For 60,000 lucky souls, they were inside Wembley Stadium to watch the match, and that included content creator, Nina Farooqi.

However, though her Wednesday night was as epic as any other England supporter’s, her Thursday quickly turned out to be a real come down.

According to the Daily Mail, Farooqi, 37, had phoned her employers and called in sick on the Wednesday after her friend had won some tickets to the semi-final in a last-minute works raffle.

Unfortunately, the pair were spotted on live TV celebrating England’s goals as they were stationed right by a pitch side camera.

They even appeared on BBC presenter, Stacey Dooley’s Instagram stories, and highlighted the fact on their own social media.

It turned out to be not the wisest move Ms. Farooqi has ever made, for as she was on the train home to Ilkley, near Bradford, on Thursday morning, she received a call from her employer giving her the sack.