Despite only joining Barcelona last summer, if recent reports are anything to go by, midfielder Miralem Pjanic could be set for another move. 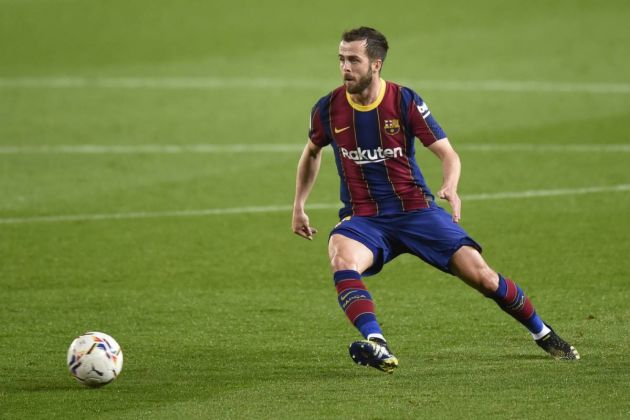 That’s according to Spanish outlet Marca, who claims that in an attempt to balance their books following a disastrous 18-months, Barcelona is open to seeing Pjanic move on this summer.

The outlet believes there are currently four clubs interested in the midfielder, including Premier League trio Tottenham Hotspur, Manchester United and now Chelsea.

In addition to the English clubs, Marca believes the player’s former club Juventus also like the idea of bringing the Bosnian back to Turin.

However, a decision over the playmaker’s future is not expected to be decided quickly after it has been noted the 31-year-old will finish off his summer holiday before returning for showdown talks with the club’s hierarchy.

Since arriving in Spain, Pjanic has featured in just 30 matches, in all competitions and has failed to score or assist a single goal.