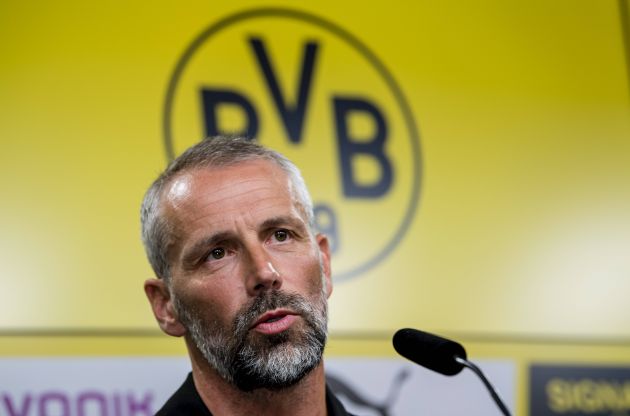 Rose only became the club’s new manager on Thursday and he is already facing the prospect of losing one of his best players with Sancho looking like joining Manchester United.

United confirmed this afternoon that a deal had been ‘agreed in principle’ for the England winger to make the switch to Old Trafford with contract talks and a medical to take place after Euro 2020.

For the Reds, it’s the coming to an end of a long-running transfer saga with Sancho having been a target for more than a year, but for Dortmund, it’s a case of losing one of their best players.

And that is an inevitable source of disappointment for Rose, though it’s something he knew might happen having been briefed on the situation during his talks with Dortmund ahead of taking the job.

“I think every coach likes to have a player like Jadon in his team,” he told reporters, as posted by Football Daily on Twitter.

“Now, of course, over the last few months, and of course it was also part of our talks, we know it would come down to Jadon not being here at some point.

?”We knew that it would come down to Jadon not being here at some point.”

“Now what it matters, as it looks, is going to happen, and we have to deal with it and talk about how we can also replace his quality.

“We’re not going to get Jadon Sancho, but we are going to try to find creative solutions, of course.

“And we see this as an opportunity to perhaps strengthen ourselves a little differently in certain positions.”