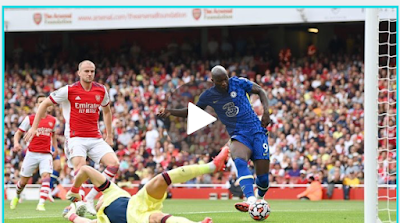 14 mins – Arsenal 0 Chelsea 1: He’s hardly touched the ball but Lukaku has his first goal for Chelsea! What a start for the big Belgian.

The move started with Lukaku holding the ball up and laying it off to Kovacic before it eventually found James on the right wing. He played the ball across goal and it was the simplest of finishes for the star signing with just his third touch.

Arsenal started well and their fans were in fine voice but that’s a major blow.